Another Lap Dance For Pam Anderson The Hockey Fan (Video)

BY Cate Meighan on May 18, 2012 | Comments: one comment
Related : Pamela Anderson 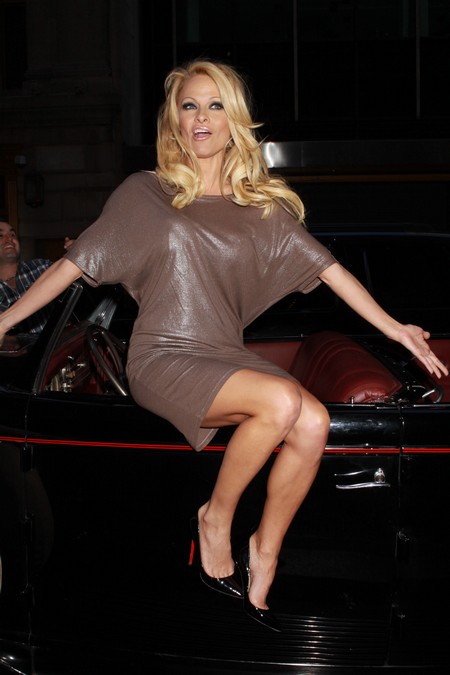 Celebrating after a satisfying hockey game Pam Anderson did a lap dance last night at Boa.  It is good thing Pam is a hockey fan! There’s so much to say about Pam and so little space.

She decided to celebrate the L.A. Kings’ playoff victory last night probably the same way that she celebrates most things – with a bit of bump and grind.  Leave it to this one to stroll into a fine L.A. eatery, throw back a couple swigs and then get down to dirty business.

Most people go to Boa for steak … Pam Anderson goes to Boa to lap dance … and the crotch-grinding was all caught on tape.

The 44-year-old former “Baywatch” star hit up the restaurant after the L.A. Kings playoff victory last night … and she was in the mood to party.

Pam was hanging out at a table in the front of the restaurant with a bunch of guys …and after a few swigs of vino … a sexually-charged Anderson offered up some quality table-dances to some of her friends.

Isn’t it great when the Kings win?

The thing is, if you actually Google Pam Anderson Lap Dance a whole world of footage is at your fingertips.  This is just simply her pattern.  She drinks, she grinds.  If she doesn’t know your name, she’ll still dance for you.  Didn’t Anderson have a career once upon a time ago?  Didn’t she make money at least trying to act?  Better yet, what about her teen sons?  How do you think they like having a mother that behaves like this in public?

Does her behavior shock you at all any more?  Tell us your thoughts on the boozy blonde in our comments section below.