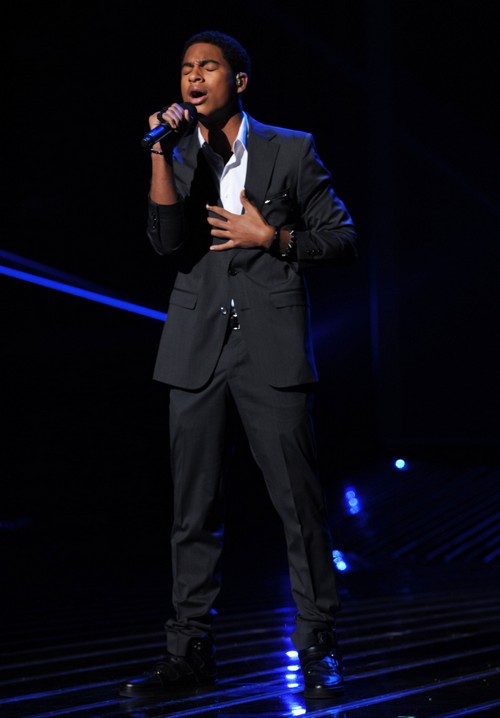 Arin Ray was eliminated during tonight’s Thanksgiving elimination episode of The X Factor USA. Britney told him it was a learning experience and she is sure this is not the last we will see of him.  If you missed the results show we recapped it here for you!

On last night’s X Factor performace show the Top 10 performed songs of thanks in celebration of Thanksgiving live in front judges Simon Cowell, Demi Lovato, LA Reid and Britney Spears. That also meant there were lots of ballads, emotional performances, and special dedications to those they are were most thankful for.

On last night’s show Arin Ray – Mentored by Britney Spears – Hero by Enrique Iglesias – Arin Ray hasn’t been able to live up to his promises. We think it might be a mentoring issue, but Arin really needs to move away from the soppy and sentimental ballads and find something that would suit his voice. He might also be an R&B prodigy, but his performance of Hero was like an Enrique Iglesias tribute act at a Celine Dion concert in Alaska. It was too technical and contrived for the already sentimental lyrics of the song. OUR SCORE – 6 out of 10