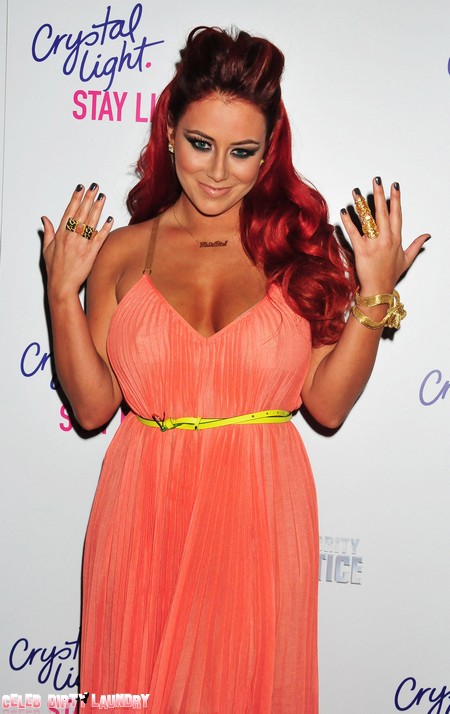 Arsenio had a complete breakdown caused by Aubrey’s overbearing attitude; he even went so far as to call her a bitch and a whore on National TV!  Aubrey was very upset over the war of words between she and Arsenio in the boardroom, not to mention the rant Arsenio had in the War Room about her afterwards to his team mates.

Self-proclaimed bitch, Lisa Lampanelli, gave Arsenio some career advice, “calling a woman a bitch and a whore on television is going to make every woman in America hate him.” If that woman is Aubrey O’Day, then this is not necessarily true!  Furthermore, Lisa continued her defending Aubrey and even went so far as saying that America was stupid if they didn’t agree with her last week on XM Sirius.

I believe Aubrey deserved what she got from Arsenio and if any of you were feeling sorry for her don’t, because in Sunday’s episode Aubrey made it clear that she does in fact act like a whore.

Here is how it went down… when Aubrey was leaving the boardroom and was in the hallway, she put her arm around Paul Teutel Sr. and called him “daddy“, to which he replied, “Daddy’s going to spank you” and they all laughed.  Aubrey is 28 years old and Paul is 62, her calling him daddy and his promising to spank her is just “wrong” and “disturbing.”  Funny how Aubrey thought that was hilarious yet doesn’t like being called a whore!

When Aubrey returned this week, she said, “I got bullied by Arsenio and Clay Aiken, but I came back for GLSEN, which is my charity. I’m not here just representing myself … I’m representing kids who get bullied all the time. So I really have to take a stand against these bullies.” Really, is pretending to be spanked by a man 34 years your elder and old enough to be your grandpa being a good role model – and does it provide a nice anti-bullying impression for these kids?