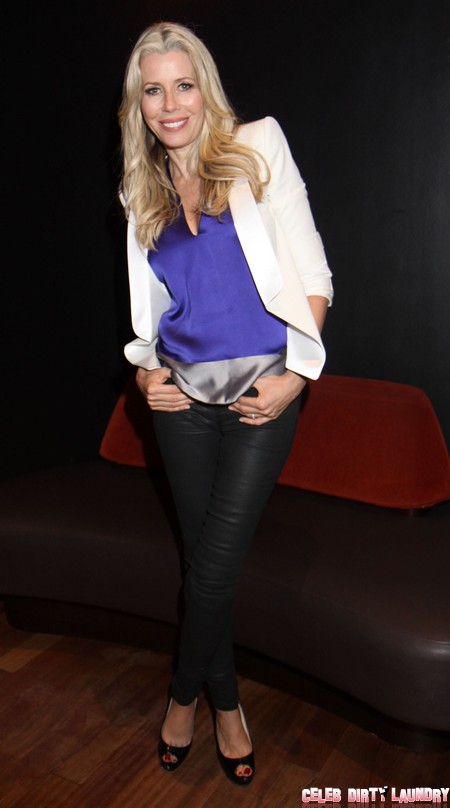 If you saw the latest episode of The Real Housewives of New York City then you saw Aviva Drescher’s temper flare like crazy. Aviva is terrified of flying and originally had no intention of joining the other ladies on a trip to St. Bart’s. She generally doesn’t leave home without her husband Reid and somehow, he managed to squeeze out of work to accompany Aviva to the island. He had no real intention of hanging with the ladies, he was simply bringing his wife to them. Sonja Morgan and Ramona Singer were blatantly pissed off that this guy was infringing on girl time and they did what two-faced people tend to do, they told Aviva it was fine and to bring Reid along anyway.

I think Aviva was in the door ten minutes when the fighting over Reid began. She tells Huffington Post:

“I think when the trip is coming, everyone gets very excited. Everyone loves drama. Since the beginning of time, conflict has been this amazing force of life,” says Aviva. “It’s actually very tough, and I’m not typically a very dramatic person, but once you get pushed 25,000 times, you might explode. I tend to pick and choose my battles and things that are really important to me tend to make me become unhinged.”

Aviva resorted to calling both Ramona and Sonja “white trash’ and I guess they set out to prove her claims to be true, by skinny dipping in front of Reid. Let’s face it, Ramona is always running on a Pinot Grigio infused bit of crazy and Sonja is all about sex so of course they’ll get naked in front of Aviva’s husband or anyone’s husband too!  Still it didn’t sit well with Aviva.

I doubt either of them cared about enticing Reid (Boring stuffed shirt type of guy.) but I’m sure they wanted to infuriate his wife!  It seems like the mother of all button pushing moves to mean, don’t you agree?  Tell us your thoughts on Sonja and Ramona’s bad behavior in the comments below!