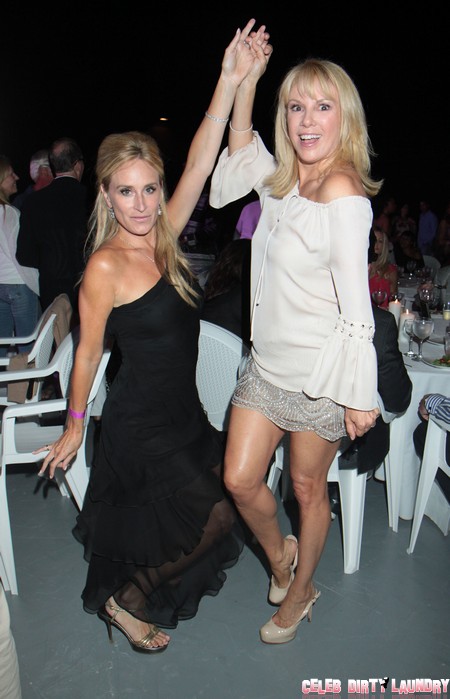 Man, were the claws out tonight on The Real Housewives of New York City!  Aviva Drescher is a socialite amputee who is terrified to fly (or go anywhere) without her husband Reid. When the ladies planned a trip to St. Barts she originally planned to sit it out but then decided on a whim to come along and bring her husband. Sonja Morgan and Ramona Singer thumbed their noses at the idea because having a man there defeats the purpose of a girls weekend.  They initially intended to try and get Reid off the property and into a hotel upon arrival but Aviva was having none of that.

She climbed onto her high horse and told them that they should be grateful that he delivered her to them. She was expecting a party in her honor and in case you thought she was being melodramatic and over the top (which she totally was) she, for no apparent reason informed everyone that she went to law school and spoke several languages. I guess rattling off those credentials made her more believable when she called both Sonja and Ramona “white trash”.

Aviva then began acting all kinds of snotty and entitled, kind of like when a 70 year old lady reprimands the neighborhood kid – that was the approach she took- total bitch mode to the point that Heather Thompson suggested an apology was perhaps in order. Aviva of course knows better than to stoop that low and blew off the suggestion with a hand flip.

It was a low blow, but not necessarily a comment I disagree with, at least when it comes to Sonja. I mean, you can pour her into an expensive dress but she still hooks up with the random guy (Tomas) that LuAnn de Lesseps had the night before. If that isn’t proof enough then think back to when Sonja needed to bring a guy to the ladies room with her as she changed her tampon.  I mean really, this chick IS as trashy as they come and at some point, someone was bound to call her on it!  Did Aviva go to far tonight?  Tell us what you think in the comments below!