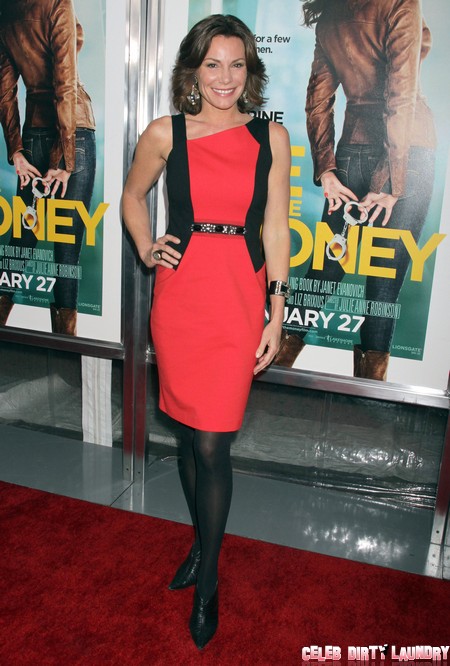 The ladies of The Real Housewives of New York will spend three episodes getting down and dirty on the island of St. Barts and perhaps the first big shocker of this trip came last night from LuAnn de Lesseps.  The supposedly happy and in love Countess decided to let St. Barts be her personal playground and have a private after party of her own.  The ladies spent a few hours at a night club and partied with a French guy named Tomas that was a dead-wringer for Johnny Depp in Pirates of the Caribbean.  They drank tons of tequila and eventually the ladies stripped down and climbed into sexy pirate gear to join Tomas on stage for a bit of a show. It seems the real show came later when a drunken LuAnn took Tomas back to her room and as luck would have it, Heather Thomas heard her come in with Tomas.  She dishes in her new blog:

“Let me tell you this much as I know it to be true, Carole Radziwill and I leave the group well before the clock strikes 12 and we go back to the house and off to our beds. Later that night, I don’t remember what time, Lu comes a knocking on my door to try to get me up for a nightcap. She is with someone but they are not sneaking around. They are being very loud. I go back to bed. The next morning, Carole and I are taking in the sun and some Vitamin D by the pool and she asks me about the noise from the night before. I could have said, “I don’t know,” but that would be lying to Carole and so the whisper fest ensues between us about what happened. I trust Carole and want to counsel with her on this whole situation.”

“She heard the commotion and folks speaking French, so I am not “breaking news” to her. I am actually feeling awkward about Lu talking about these Italians that she brought home and I am very conflicted because she and I both know that it was Tomas.  she is making it worse by weaving up this complicated, cockamamie story. She is certainly coming off very suspicious to the other ladies and no one believes her.”

How do you think LuAnn’s boyfriend, Jacques Azoulay, will feel after seeing all of this go down on television?  That’s the real question!  We’ve seen Lu at a fertility clinic trying to figure out if it’s possible at her age to have a baby with Jacques so up until now, things seemed pretty serious for them.  Do you think LuAnn made a drunken mistake that she’ll regret?  Maybe their relationship is a bit more open than anyone has known until now.  Do you think the ladies are going to end up confronting her about what they heard or will they let it just slide and talk behind her back instead?  Tell us your thoughts in the comments below!