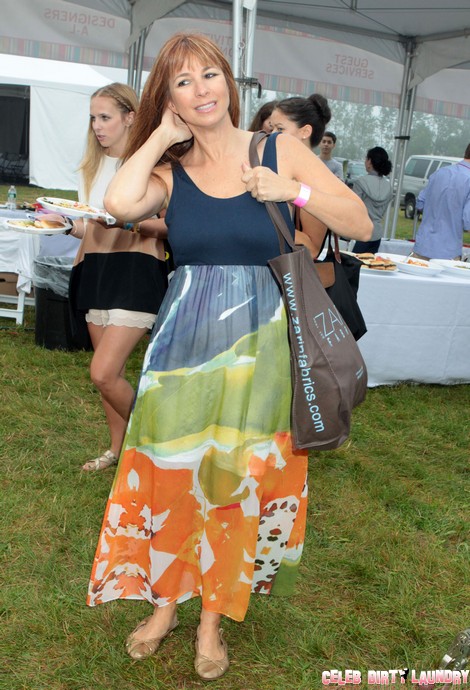 Jill Zarin was one of the more popular ladies of The Real Housewives of New York until being fired from the cast before the start of the most recent season.  Bravo executives brought in some new ladies to revive the show and the reaction has been pretty mixed. Frankly, they have a few nut jobs on their hands and while it may bring viewers (kind of like car accidents bring onlookers) it doesn’t change the fact that these women aren’t making a good impression. Jill told Celebuzz that the bad publicity the show gets is really starting to sting.

“I’m in contact with a few of the current girls.  I’m not going to name names, but what I will say is that they are miserable and going through a really, really hard time. They hear what other people think of them or say about them and it hurts. Sometimes it’s the truth and the truth can hurt too. It’s unnatural for you to know what other people are thinking. We all go through life through rose-colored glasses. Could you imagine if you could actually hear people’s thoughts?”

Let’s break it down here.  What do we know about these women aside from the fact that their dinner dates for the first half of the season were boring as hell?  Well, Aviva Drescher has a fake leg, is so afraid to leave her husband Reid’s side that it affects her relationship with everyone else and then there is her sex addict father that amuses her to no end- while disgusting the other ladies.  Sonja Morgan is broke with ridiculously rich taste. She has no filter, as we saw when on camera she brought a male friend with her to change her tampon.  She steps on toes, has no concept of respecting those who work with or for her and as of the last episode, proved that she walks the line between friends at all times. LuAnn de Lesseps is the queen of passive aggression, pitting women against each other all with a smile.  Ramona Singer brings the drama every single time the cast is together and it’s doubtful she can function without a vat of wine on any given day.

Four out of six are coming off as bonkers and I’m guessing they don’t like seeing it for themselves!  What do you think of these ladies?  Are they miserable because the visual truth of their lives really does hurt?  Tell us in the comments below!