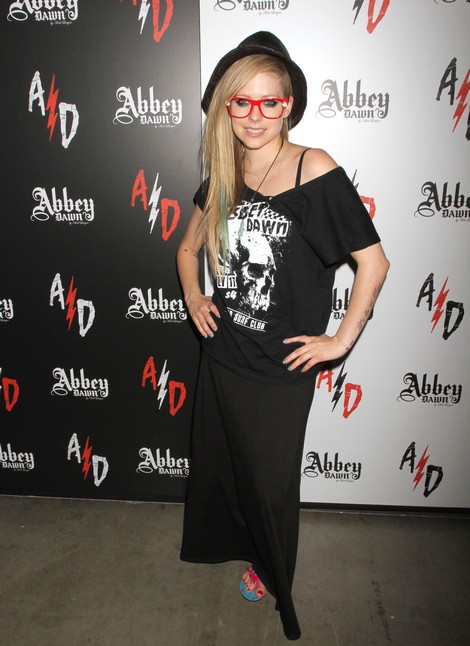 I swore to myself I would not write about this, but I feel as though I must inform the general public about this crazy, crazy news.  Avril Lavigne and Chad Kroeger are getting married. Yep, that’s right.  Isn’t she still with Brody Jenner? I thought I was in the celebrity ‘know’ pretty well – clearly I was wrong. Or I just didn’t pay attention to this god-awful union.  Chad Kroeger… Avril Lavigne?  My mind is still reeling..

The Nickelback front man and Lavigne both hail from Canada, as did Avril’s first husband Derek Whibley from Sum 41.  The girl likes her Canadian musicians!  Kroeger, 37, has never been married before but was in a common-law relationship with a horse trainer from British Columbia until 2009.  Avril, 27, was dating Jenner until god knows when.

According to People magazine, Lavigne and Kroeger began a relationship while working together on her fifth upcoming studio album.  That was 6 months ago!  Whhhaattt?!??!

Kroeger apparently popped the question on August 8th with a 14-carat diamond ring.  They must have made sooommme music together!  I cringe thinking of it. I find it odd how on one hand Nickleback is so popular, yet so many people can’t stand him?  It’s so bizarre. Avril for her part – well all I can say is… Brody Jenner – yum, Chad Kroeger – not so much. I’m sorry Chad, I feel bad for knocking you but I just don’t see the appeal.  You must have some really, really great strokes… on the guitar that is.