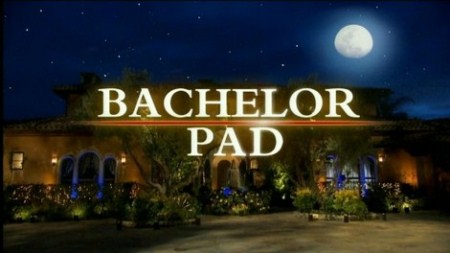 Bachelor Pad is back tonight on ABC with a whole new episode. On tonight’s show the relationships get hot BUT the betrayals get hotter! If you missed last week’s episode, you can read our full and detailed recap here for you.

Jaclyn gives the rose to Chris and he takes Sarah and both Jamie and Blakely look like they could strangle her. In the end, David and Jamie went home.

On tonight’s show, contestants have to stack teacups in a challenge titled “Great Fall of China.” One-on-one dates include an overnight remote camping trip (I don’t know how well that is going to go for our pampered contestants) and a Pretty Woman inspired tour of Los Angeles. Rumour has it that tonight there will be a shocking twist at the cocktail party which sends one person scrambling until they all arrive at  the most dramatic Rose Ceremony aftermath, ever!

Tonight’s episode is going to be an exciting one, so be sure to tune in for our live coverage ABC’s Bachelor Pad 3 at 8PM EST! While you wait for our recap hit the comments and let us know what you thought of last week’s episode 4 of BachelorPad 2012?

Tonight’s show: Chris tried to get Blakely voted off and it backfired, now Blakely is going to come at him with a vegence. Meanwhile, Chris is disheartened because he felt that he had friends in the house on his side and it would appear that he doesn’t.

Chris consoles himself by snuggling up to Sarah in bed. Kalon walks into the room and Chris confronts him, Kalon calls him a loose canon and claims he only agreed with him that he would vote out Blakely to make him feel good, it made sense to let Jamie go home. Chris gets out of bed and then confronts Ed, he tells him that he lied to his face about voting out Blakely. Ed claims that he heard inconsistencies about Chris from his partner and that is why he switched his vote. Ed and Chris get into a screaming match, Ed tells him that he will not dictate what he does, Chris tells Ed that the only reason he is in the house is because of him.

It is time for this week’s competition, “The Great Fall Of China” where the contestants have to stack six cups and saucers and transport them. Blakely, having worked at Hooters for many years, has a clear advantage over the rest of the contestants. One thing a little different tonight, the losers will not get a vote against them at the Rose Ceremony. Well, this is interesting, the “Hooters” girl drops her tray, love it!

Sarah finishes first, but she is disqualified for touching the cups, then Blakely comes in and she wins. Blakely is feeling fantabulous, she can only think of being safe at the Rose Ceremony and voting for Chris to go home.

It’s the men’s turn, Chris seems to be in the lead but Blakely keeps coaching Michael and she is getting on everyone’s nerves. Tony wins the competition, he found Blakely’s coaching really helped him win.

Chris H. wants to know if Blakely is going to take Tony on her date, she says yes. Chris H. then tells Blakely to choose one guy to save from elimination who will choose a date partner as well, she chooses Kalon. Chris H. tells Blakely that there are two dates, date #1 or date #2 the overnight date, she gets to pick, Blakely picks date #2. Kalon gets date #1. Tony will also have a rose to give out at the end of his date and that woman will be safe from the next Rose Ceremony.

Kalon gets his date card and two boxes, he has to choose a pretty women to spend his date with, he chooses Lindzi who opens up the first box which is diamons and sapphires, the second box is a key to a Bentley.

Kalon and Lindzi are on their date, its dinner on a bridge that has been closed down just for them. Kalon pours his heart out to Lindzi and tells her that he is in love with her.

Chris is really upset, he can’t believe he was on the top of the world and now everyone is against him. Chris knows he can’t send Kalon home, but his plan is to get rid of Lindzi to make Kalon weaker and to give him a little pay back.

The date card arrives for Blakely and Tony, the card reads “choose one woman to see the stars with”.  They head outside and find that their transportation is a Jeep. This just doesn’t seem like a date that is down Blakely’s alley. They follow the directions on a map they were given and pull up to a trailer that they are meant to stay the night in. Blakely is clearly shocked, this nothing that she had in mind.

Chris puts his plan into action to get rid of Lindzi, he heads on over to Ed and starts sucking up to him. Ed jumps on board with Chris, he just doesn’t trust Kalon at all.

Despite the fact that Blakely is not in her dream surroundings, the date is going really well.

Meanwhile, Michael has decided to set up his own date with Rachel since he has yet to be on a date with her.

Blakely and Tony are back from their date and they tell everyone that they had an amazing time. Chris approaches Tony in private to not give the rose to Lindzi because it’s a good idea to get rid of her and weaken Kalon. Tony confides in Blakely and she is dead set against it, she wants Sarah and Chris to go home.

Tony gets the rose and just when he is about to say who he is going to give it to, Chris interrupts and asks to speak to Tony in private. In the end, Tony gives the rose to Jaclyn.

Time for the Rose Ceremony, Chris H. starts identifying all the couples in the house. Ed adds that he did not come into the house for romance and Jaclyn is floored, she is his partner and it’s upsetting what he said considering they are sleeping in the same bed every night.

Chris H. announces that he is going to shake up the house tonight, everyone will vote out the woman who they think should go home and the twist, the voted out women will take whichever man she chooses to leave the show with her.

This certainly changes things, the house can’t afford to take Sarah out because she will take one of the big dogs home with her.

Michael comes up with a plan to vote out Erica but first, plant a seed in her that Chris is trying to get rid of her so she takes him with her.

Ed apologizes to Jaclyn for what he said in front of Chris H. about his not wanting to be romantically involved with anyone in the house.

Erica hears the rumour that Chris is going to vote for her and approaches him. Chris is shocked and tells her not to listen to anyone in the house, they are lying. Erica further tells Chris that Michael and Nick have told her that he is trying to get Erica out.

Chris sits with Kalon and tells him he doesn’t understand how this happened. Michael tells Erica that Chris is voting for him, without a doubt. Chris approaches Erica, who calls him a liar, he brings her into the voting room with her and makes Bachelor Pad history when he takes Lindzi’s photo and votes for her in front of Erica who now knows that Michael was lying – Chris may just have saved his butt tonight.

It’s time to hand out the rose to the women, it’s up to Lindzi and Erica, who goes home and who stays. Lindzi is given a rose and Erica goes home, but first, she gets to take one bachelor with her, she chooses Michael and Rachel is heartbroken.

I never thought I would say that I love Erica, but that was an amazing move, good for her for taking the lying little snake out with her. Erica goes out with the last word, she calls Michael fake, a liar and a bad person, she couldn’t be happier. Michael just lived his worst nightmare and got exactly what he deserved. All hail Erica!

Rachel is still crying her eyes out and can’t imagine the game without Michael, here’s a clue Rachel, it’s a game!