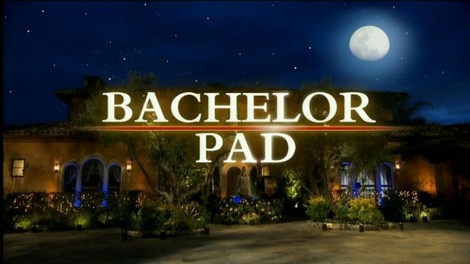 Bachelor Pad is back tonight on ABC with a whole new episode. On tonight’s show the relationships get hot BUT the betrayals get hotter! If you missed last week’s episode, you can read our full and detailed recap here for you.

On last week’s show the challenge was an obstacle course which involved ice cream, chocolate, whip cream and nuts; “hot sludge funday”.  It was random couples, Chris Harrison had all the guys rotate to mix up the partners.

The winning couple was David and Rachel by a photo finish and they were safe for the elimination. David decided to take Erica R., Blakeley and Jamie on his date. Meanwhile, Rachel took Nick, Tony and Michael on her date.

At the Rose Ceremony, Michael, David, Jamie and Rachel were safe because they had roses. Donna was eliminated, which was no surprise, but Reid was eliminated which was a total blindside.

Tonight, the love triangle between Blakely, Jamie and Chris heats up when he sets his eye on Sarah.

The challenge involves the contestants having to answer some extremely controversial questions about each other and the one-on-one dates also begin this week. If you are not a person that doesn’t mind to be spoiled, you can check out our awesome spoilers here.

Tonight’s episode is going to be an exciting one, so be sure to tune in for our live coverage ABC’s Bachelor Pad 3 at 8PM EST! While you wait for our recap hit the comments and let us know what you thought of last week’s episode 3 of BachelorPad 2012?

Tonight’s episode: David is thrilled that he didn’t go home last week, but he knows that he needs to work hard if he is going to stay in the house. Meanwhile, Jamie doesn’t have a partner, so she is concerned about her safety in the house as well.

Chris Harrison congratulates the remaining 14 contestants and tells them they all have work to do, they need to fill out surveys that are part of tomorrow’s competition.

Its time for the competition, it’s the “Game Mashup”, all the contestants are playing and Chris H. is the game show host. Jaclyn has won the competition for the women, it’s now the men’s turn.

One thing is for sure with everyone seeing the answers to these questions, it’s going to stir up a lot of drama as everyone is finding out who said what about each other. The winner of the men’s round is Ed.

David and Rachel had the lowest scores, they both will get one vote against them for elimination.

Not long after the competition Jamie breaks down and vents to Michael and Kalon, but her days in the house are clearly numbered.

Jaclyn gets her date card, she gets to choose the guy that she thinks is the best catch; she chooses her partner Ed.

Sarah is pissed that Sarah is glued to Ed and can’t believe she picked him for the date. Jaclyn and Ed head over to Dodger’s baseball stadium where they suit up and play ball together. It’s the end of the day, the two get dressed and enjoy a picnic together. There is a rose in the basket, but since Ed already has a rose, she will get to give the rose to another man who will take someone of his choice on a date. Jaclyn wants Ed to help her with her decision.

Meanwhile, back at the house, Blakely is really starting to get on Chris’s nerves and he feels like he is working everyday to play with her rollercoaster emotions.

Ed is leaning towards giving the rose to Chris because he has an alliance with him. Jaclyn and Ed get spotted by the kiss cam and when they kiss, the sky opens up to fireworks.

Jamie is working on Chris, but the feelings are not mutual. Little does Chris know that Jamie loves a man that plays hard to get, on the other hand, Chris only wants to make out with her because she’s hot – there is no spark for him.

The next day, Jamie thinks Chris is being so sweet to her and thinks she has his loyalty. Jaclyn and Ed return, Jaclyn announces that she must give a rose out to one of the guys who will choose a girl to go on a date with. Jaclyn gives Chris the rose and Jamie is full of smiles thinking that he is going to pick her for the date, but he chooses Sarah and both Blakely and Jamie have killer looks on their faces.

Blakely corners Chris before he goes out on his date and asks him if everything is good between them, he tells her that he finds that partnering with her is overwhelming. Blakely breaks down and heads to Michael for consolation. Meanwhile, Jamie also approaches Chris and tells him that she understands why he choose Sarah, yeah right!

Chris and Sarah get to make an action movie and when she pretends to kick him in the face, she really kicks him on accident. The two have to get into wardrobe, they are both wearing really cool outfits and get to work to make their film. At the end, Sarah gets to run over to Chris, jump on him and kiss him.

Back at the mansion, Chris H. walks in with a rose on a platter and it belongs to Ed, he gets to hand it out to one women that he would like save this week; this means that Chris doesn’t get a rose to give out because he didn’t win the challenge.

Chris and Sarah are at dinner, they both had a fabulous day and seal with more kisses.

It’s time for Ed to give out his rose, he wants strategically gives it out to Rachel.

Chris and Sarah are making out in the pool, when Sarah wants to get a room and Chris jumps at the chance.

At the cocktail party everyone is scrambling to save themselves and cut everyone else’s throats. Jamie in particular is feeling the stress, she knows that she is a target.

Chris is feeling really confident because he thinks everyone is going to vote for Blakely. Ed approaches Chris and tells him that shaking up the house by sending Blakely home is not a good idea. Chris is adamant, he wants Blakely to go home. Meanwhile, Kalon told Chris that he is voting for Blakely, then he tells Ed that he won’t. It’s time for Kalon to vote, he votes for Jamie, what a snake!

Time to hand out the roses and they go out to Sarah, Kalon, Lindzi, Michael, Erica, Tony, Nick and Blakely.

Chris is furious, his two best friends in the house lied to him. Jamie tells Chris on the way out that what he does to the girls is ridiculous.

Michael thinks that Chris is in trouble, if he doesn’t win the challenge next week, he is going to be sent home.

David was the last fan standing and he wouldn’t do it any differently and defines his experience as one of the greatest moments of his life.

Jamie is broken hearted, she can’t believe that Chris didn’t protect her in the house; she was hoping to find love and thought she had a great chance of winning.