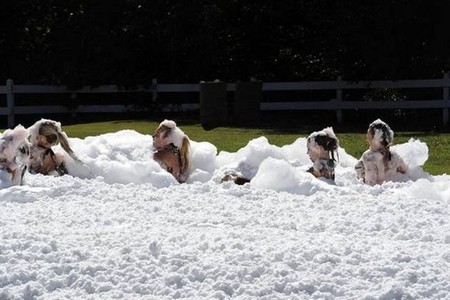 Bachelor Pad is back tonight on ABC with a whole new episode. On tonight’s show the relationships get hot BUT the betrayals get hotter! If you missed last week’s episode, you can read our full and detailed recap here.

On last week’s show there were six roses to hand out and they went to: Kalon, Reid, Nick, Tony, David and Ed. The guy who left last week was Ryan, the 32 year old virgin didn’t win love or money.

On tonight’s the drama continues to heat up on Bachelor Pad.  The show contestants compete this week to stack tea cups in a challenge aptly titled “Great Fall of China.” The one-on-one dates include a jewel-splashed, “Pretty Woman”-style tour of LA and a night roughing it at a remote campsite.

Love is blooming all around the house, but a shocking twist during the cocktail party sends one confident player scrambling for survival.  Tonight the feud that has been coming between Ed Swiderski and Reid Rosenthal continues and it looks like it just may explode.

RECAP: Sarah is mad that David didn’t get voted out and feels like she ruined anything long term that could have happened between her and Ed.

Meanwhile, Ed is feeling betrayed and is threatening to Jaclyn to leave but after talking to her, he has shifted his priorities and is ready to do whatever it takes to win.

The next competition has the contestants competing as couples away from the mansion. David needs a rose to feel safe in the next elimination, he better get himself a rose.

Today’s challenge is an obstacle course which involves ice cream, chocolate, whip cream and nuts; “hot sludge funday”.  It is random couples, Chris Harrison has all the guys rotate to mix up the partners.

Winning couple, each get a rose, losing couple has each getting a vote against them.

The competition is exhausting and brutal, the last team to finish is Ed for the second week in a row and Jamie. The winning couple is David and Rachel by a photo finish and they are safe for the elimination. Looks to me that some people underestimated David, what do you think?

David decides to take Erica R., Blakeley and Jamie on his date. Chris is jealous that David chose Jamie, which is surprising since he already broke her heart. The date is a prom, the girls first get to choose from a few dresses and David is pumped that he is dating three girls. Jamie and Erica R. try to get into the mood and have a good time, but Blakely is still her same old bitchy self.

Meanwhile, back at the mansion, Reid’s goal is to throw Ed off his track, he doesn’t want him knowing that he was the one that wanted to have him voted out in the last elimination. Poor Ed believes Reid, but little does he know that he is a wolf in sheep’s clothing.

David and his girls dance to country music and Jamie, more than the other two girls, is really standing out. Blakeley is really worried, she thinks David has her loyalty and doesn’t want him to give the rose to Jamie, so she moves in on the two and interrupts. It’s time for David to crown his queen, he chooses Jamie while Blakeley looks on like she could scratch his eyes out. David and Jamie enjoy some alone time together while Erica R. and Blakely ride back to the mansion in a limo.

At the mansion, everyone is having the wildest night while Ed gets wasted and hooks up with Jaclyn as everyone else listens in, awkwardly.

Rachel also gets to choose three guys to take on her date, since she won the challenge; she chooses three guys to get famous, Nick, Tony and Michael. The date involves visiting a wax museum, where they find a wax figure of Chris Harrison, but wait, it’s the real him and they are all surprised. Chris announces that they will all become wax figures for fans of the Bachelor Pad.

Jamie still has a thing for Chris, she tries to approach him but he doesn’t want to talk, he claims that he is tired.

Everyone has their latex makeup on and they are all ready to surprise some unsuspecting fans. The date was amazing and it’s finally time for Rachel to give out her rose, she gives it to Michael because she has a huge crush on him.

Sarah confides in Ed that “they”, including Reid, is trying to get him out of the house again. Ed is furious, he is tired of the deceit from Reid and confronts him on it. Ed tells Reid that he is playing both sides and he’s not an idiot. Reid is backed into a corner and tells Ed that the weak links and the people who are in power have to go. At the end of the day, Ed knows what Reid did and he’s in trouble.

It’s time for the elimination evening and the pressure is building amongst the contestants, Erica R. predicts that Blakeley is going home and I hope she does.

Blakeley scrambles to ensure that she stays in the house, she moves first on to Chris, then Tony and Michael walks in to assure her that she is safe. Michael is trying to persuade people to vote out Donna and it looks like that just may happen. Kalon is the swing vote tonight, will it be Blakely or Donna that goes home?

Reid approaches Jaclyn and tells her that Ed and Blakeley will be gone, if everything goes the way he wants it to. Jaclyn has a hard time grasping what he says and doesn’t know if she can trust him because she is loyal to Ed. Jaclyn is reduced to tears over Reid’s betrayal against Ed.

Ed finds Jaclyn crying and is shocked that he was so naïve to believe that Reid was his friend. Jaclyn is very upset, she votes to send Reid home and even tears up his photo before she puts it in the box.

Ed confronts Reid again but he claims that he is just protecting himself.  Reid says that he came into this with the thought that everyone was going to screw over each other anyway, so he doesn’t see a problem with what he did. Sarah is the swing vote tonight, will she send home Ed?

Time for the Rose Ceremony, Michael, David, Jamie and Rachel are safe because they have roses. Ten roses to hand out, here are the contestants that are safe; Erica R., Kalon, Lindzi, Chris, Sarah, Tony, Jaclyn, Nick, Blakely and Ed.

Jaclyn speaks up and tells everyone that the dishonesty was bad this week and everyone has to be more real going forward.

The End! What a night, Reid was blindsided and it feels good to see his arrogant butt sent hone. In the limo, Reid says he feels like a loser and so he should.