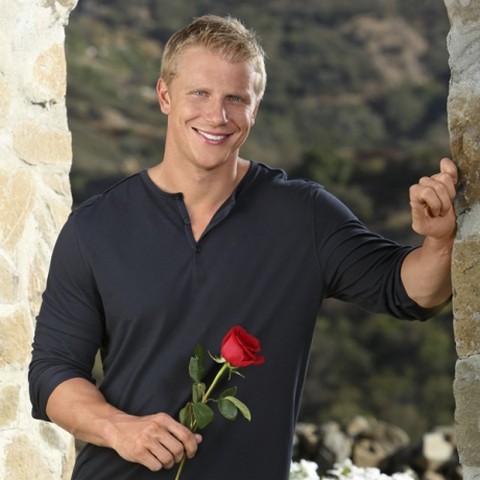 The new Bachelor Sean Lowe had no idea what he was going to encounter when he signed on to the new season. In Touch is reporting some juicy facts about the ladies who will be competing for Sean’s heart (and probably his sperm and wallet). The introduction of these women make Taylor Swift look sane!

There is 26 year old bridal consultant Desiree. She has this delusion that she already won the show and tries on a gown in anticipation of her first meeting with Sean. Desiree seems confident that she will win the diamond and will brain wash Sean into being her prince charming. With those bulging muscles and southern gentleman charm who wouldn’t want him? Desiree may be jumping the gun but being around brides and wedding plans 40 hours a week would drive anyone to obsess about her own wedding. We will have to see if Desiree has am evil plan to win Sean’s heart or if she is just touched in the head. Anyone who has seen Say Yes to the Dress knows how stressful bridal gown shopping is and what a maddening job it is to be a bridal consultant. Sean may even feel pressure to propose to her. Let’s hope he has a strong BS detector and uses his head when considering Desiree as his bride.

Lindsay, 24, is not the least bit subtle. She takes desperation to a new level by arriving in a wedding dress. She even asks Sean to kiss the bride! Poor guy must have been horrified. One wonders if there will be a restraining order against Lindsay by Sean before the end of the season.

Another contender, Ashley P, got the memo that the theme this year is bluntness, desperation and delusion. The 28 year old has a little different agenda than the other ladies. In addition to wanting to be Sean’s wife Ashley wants to live out her Fifty Shades of Grey fantasies with him! In preparation for the show I’ll bet she was shopping at La Perla , picking out a tight, cheap Kardashian style dress and borrowing shoes from Courtney Stodden. If things don’t work out with Sean maybe this will be an opportunity to audition for a porn film or to actually get an audition for Fifty Shades of Grey.

The biggest surprise of the season is that a former contestant will be back for a second shot at love. With the nightmare he is facing the last thing Sean needs is a surprise guest.

A Bachelor insider tells In Touch this will be the craziest season yet and the women are gunning for him. I hope the producers hired extra security for Sean and stocked up on Xanax for these bat crap crazy women. This season won’t be about love but about who can out crazy who. It will probably rival the lastest season of the Real Housewives of New Jersey.  Good luck, Sean. You will need it.

You can see the new season of Bachelor on ABC this January.