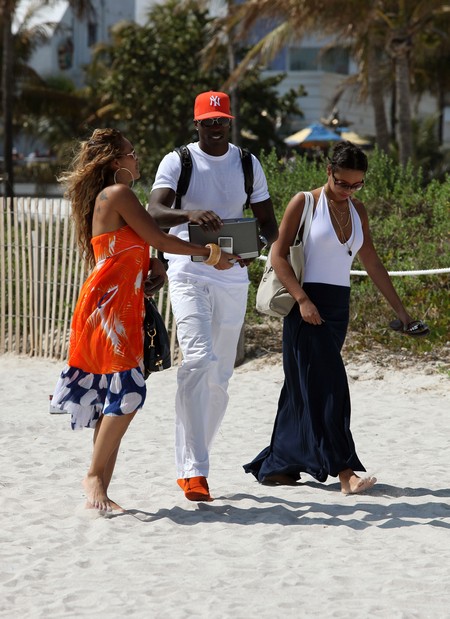 Chad Ochocinco is getting ready to get married to his hot tempered beautiful fiancee Evelyn Lozada from the reality show, ‘Basketball Wives‘ on VH1. They seem happy enough, a little different, to say the least, but nice. But the court cases keep coming!

Now in real reality Chad’s ex-girlfriend, Kenyatta, is a little miffed because the court decided on their own to reduce his child support payments to her. Rumor is that she is about to get the boot out of her six bedroom house because she cannot make payments.

Go figure! See this is what I’m talking about, why didn’t she make him buy the house outright for her and their two kids? Unbelieveable!! Think smarter not harder. The icing on the cake is Kenyatta is married!!!

Hold the phone!! If you are married why are you depending on your ex to pay for the place you are living with another man. This puts a whole different shade on the whole situation. Kenyatta you want to have your cake and to eat it too. Why in the world should you sit there and have Chad pay the bills for a house that you have another man living in with you.

Three words GET A JOB , just because you have children from someone famous that doesn’t mean they have to support you for the rest of your life. Now that’s a Bum B….! (It rhymes with itch!)  I’m done!