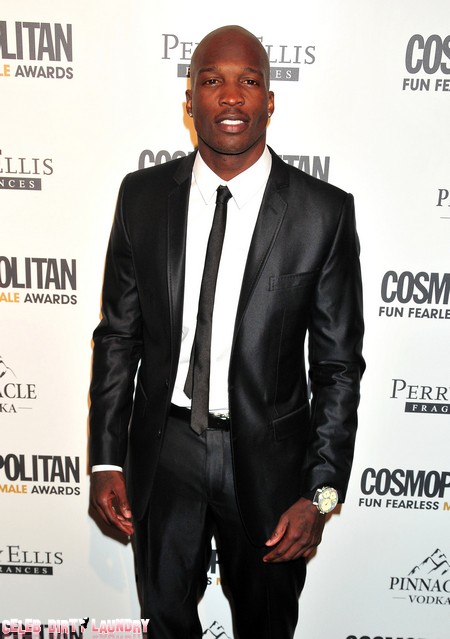 Hey Kittykats, Chad Ochocinco is behaving like pumped up jackass.  I’m just going to go straight into this one. The other night Chad Ochocinco, who plays for the New England Patriots), tweeted out to his fans and offered them to have dinner with him in NYC, (maybe he was lonely, I think not). He stated that the first 200 people could have dinner with him free of charge.

Needless to say his limit got filled within minutes. He sent the fans to meet up with him at Sylvia’s Restaurant, a soul food restaurant in Harlem. They had so many people who showed up some could not get in. That was very nice of him.

That being said, what exactly is going on with Mr. Ochocinco?  He is currently engaged to Evelyn Lozada who appears on the reality show, “Basketball Wives”, which airs on VH1. He also makes frequent appearances on that program, (of course because he is engaged to her), but often comes across as attention seeking or just ridiculous.

Also there are no words for her, because she looks like she is actually considering his offer.  Ochocinco, why are you getting married in the first place then, marriage is supposed to be a commitment. I don’t know maybe I need to look up, “commitment”, (NOT). Do you see what I’m saying the ridiculousness and foolishness of what Ochocinco says.

Please both of you, Ochocinco & Evelyn, we all as TV viewers do not need another fake, made for TV wedding, I think we’ve seen enough of that. Let’s be serious, Kim Kardashian is not the model of behavior to follow.  Please just spare us all!!!

RELATED: Kim Kardashian And Kanye West Make Asses Of Themselves