Basketball Wives Jennifer Williams Got The Bitch Slap She Deserved 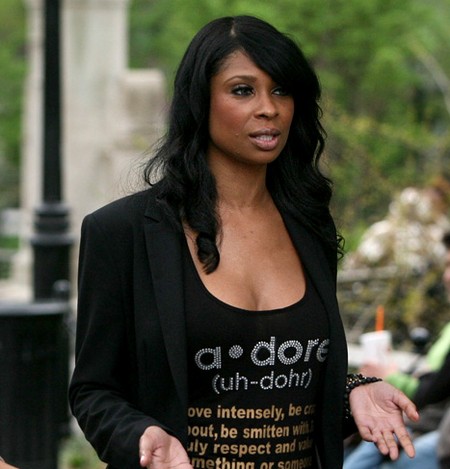 The radio stations in Philly and NYC were still talking about when Nia Crooks slapped Jennifer Williams, ex-wife of retired basketball player Eric Williams. Well Holy almost Cat Fight, Firstly going on the record I was not going to write this one, but I could not resist.  That was a slap on VH1’s Basketball Wives this week that still has people talking and laughing about it.

I just want to mention so everyone gets a time line on this show.  This all happened this year on January 21st in a race track lounge area.  The show just aired this Monday past, now in the meantime, areas regarding the show cannot get out to the public in fear of leaking plots of the reality show.  Now some of us have sources (me) so we already knew but I’m not leaking any stories until shows air, (I’m not stupid!).

But now that the show has aired let the games begin. Now before they all got to the racetrack Shaunie, Evelyn, Tammi, et al received a notice from Jennifer’s lawyer stating something to the effect that she cannot be put in harm’s way or harmed in any way or there would I guess be legal repercussions.  This is what Shaunie was trying to address at the table when they all sat down.

She was saying, ‘How are we supposed to be comfortable around you when we just got this?’  That is when Nia Crooks interrupted.  What Evelyn was trying to get across was that Nia and Jennifer were friends.  Jennifer would go to her house they would hang out and heck Nia even gave her a set of keys to her apartment.  (You just don’t give those to anybody.)

Now after the divorce Jennifer felt who the heck she was (meaning that chicas felt she was above her friends). I guess because she got some pocket change from Eric (I say this because Eric Williams has money people, for Pete’s sake he owns his own credit card company, only a few people know that.)  So anyway she dumped all her friends like yesterday’s garbage and some of them are hurt – namely Nia.  There guys – that’s where that hard POP!! from that slap came from.  Oh God! We Loved every minute of it.

Now what we’re all laughing about is that she sent lawyer letters to everyone but I don’t think Nia got one, (go figure, giggle!).  Now it’s been since January and so just now she is going to sue in Nia civil court now that the show aired (Please!).  If she was that hurt, mental anguish and trauma, she would have filed it before no matter what the network said.

Jennifer, chica, nobody forced you to come back on this show because you knew there was going to be some drama.  Who walks around with bodyguards if they are not expecting drama?  Nia you take those papers straight to Evelyn and let her pay it for you chica, because I know that’s the smack she’s been begging to give Jennifer for a while.  If not we will just set up a ‘Nia Slapped Jennifer Fund’ and get donations. Shaunie put that chica on the show – she needs income and she is a for-real chica!  Whew! I definitely will be right there watching this Monday night.  Guilty pleasure?  You betcha!