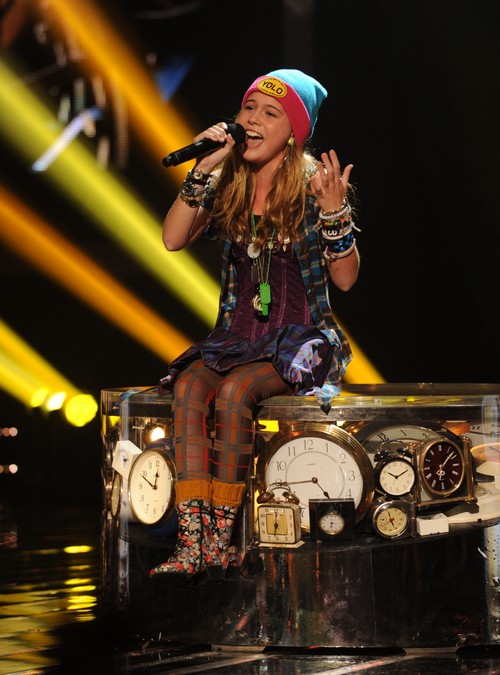 Beatrice Miller was eliminated during tonight’s Thanksgiving elimination episode of The X Factor USA. Beatrice apologized to everyone as she sobbed.  Simon voted for her to go because he thought the competition was too hard on her. If you missed the results show we recapped it here for you!

On last night’s X Factor performace show the Top 10 performed songs of thanks in celebration of Thanksgiving live in front judges Simon Cowell, Demi Lovato, LA Reid and Britney Spears. That also meant there were lots of ballads, emotional performances, and special dedications to those they are were most thankful for.

On last night’s show Beatrice Miller Mentored by Britney Spears – Chasing Cars by Snowpatrol – This is what we’re talking about! This is the performance we were waiting for from Beatrice! Her vocals were emotional, sincere, haunting, and somber. The hoarseness to her voice, the over-the-top notes, and the blast of air near the end, made this one of the best performances this little one has ever delivered in this competition. The holy trinity– Beatrice, Diamond, and Carly – will blow the other contestants out the water. Thank you, thank you, thank you Britney! OUR SCORE – 10 out of 10.