Ben Affleck Senate Run Is Still Being Considered, Is This Why He’s Been So Nice Lately? 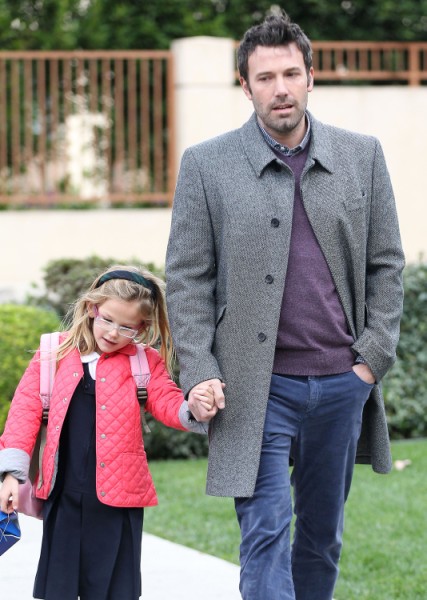 I thought all the baby photo ops and staged school runs and family trips to the ice cream parlor were for the Argo oscar but it looks like Ben Affleck has something else up his sleeve. Ben’s running for the senate! Wait, not so fast. He will not confirm or deny but everyone in the world knows he’s thinking about it.

Sen. John Kerry is expected to give up his Massachusetts senate seat when he, most likely, replaces Hillary Clinton as Barack Obama’s second-term Secretary of State. And why not Ben? He’s from Massachusetts, basically makes all his movies there, and apparently likes politics. He’s a shoe-in and being very, very coy about the whole thing.

He recently told Bob Schieffer on Face the Nation, “One never knows. I’m not one to get into conjecture.”

But you will rub a girl’s ass in her music video? Nice. Speaking of Jennifer Lopez. How bummed is she that she didn’t wait around for this? What a fabulous first senate lady she would have been! Sure, sure Jennifer Garner is the easy, logical choice. She loves to smile and is as wholesome as they come but all I can think about is Lopez’s 2003 Valentino Jackie O dress. I loved that dress and it would have been exactly the kind of fashion she would have brought to the campaign trail. Oh well, that’s history. We’re stuck with Jennifer Garner’s Gap jeans and popsicle-stained sweatshirts.

Do you think he’ll run for the senate? Ben Affleck claims he knows what he’s talking about. Am I a snob if I think senators should have a college degree? Ben dropped out after a year. I did some research and was surprised to learn that quite a few of our elected officials  never completed higher education. Maybe Ben should start taking some night classes at Harvard. Ronald Reagan went to college after all and look where that movie star ended up.