BY Rosie Leblanc on March 9, 2012 | Comments: one comment
Related : Ben Flajnik, The Bachelor 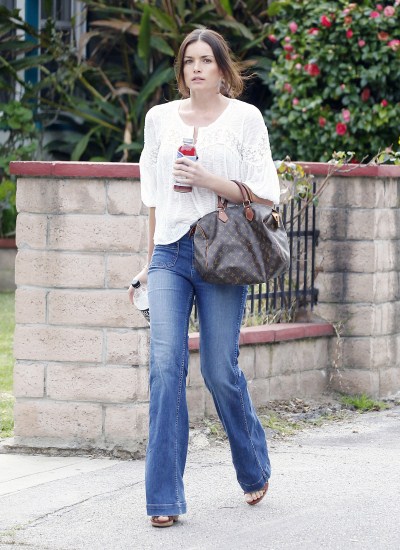 The Bachelor’s Ben Flajnik has now had the chance, like the rest of America, to see the “real” Courtney Robertson. Which means, he has finally had a chance to see the nasty side of her that all the girls and the viewers did. The woman he thought Courtney was, is completely fake. Ben is now shocked that he fell in love with someone who manipulated him and tore apart the other women.

Did you see “The Women Tell All” last week? The women finally had a chance to give it to Courtney, and they did! If you missed any of it, you can read the full official recap HERE. Here’s what the Bachelor told Chris Harrison:

“It’s extremely difficult to watch because obviously I have very strong feelings for Courtney and Lindzi. Even on the group dates, I felt like Courtney was actually cordial. But after watching all of this stuff, Courtney’s behavior, from what I’ve seen, is not okay. It’s extremely difficult to watch that back and watch this person, who ends up in my top two, being so different than what you have seen with her on a personal level”.

Wow, Ben is really taken aback by the nasty things that Courtney has said and done to the other women. At this point, some people might feel bad for him, but not me. Sorry, he got naked and ran in the water with Courtney when he was on a group date, he has no class or respect for the other women.

Rumour has it that there is going to be some sort of twist on the finale Monday night. Will Ben change his mind at the last minute and ditch the bitch?  We can only hope so. In a perfect world, Ben would dump Courtney and Lindzi would dump Ben, leaving him at the altar with a ring and no woman. But, the world isn’t perfect is it?

Don’t forget to come back on Monday for our full official recap of what promises to be one of the most exciting finales in The Bachelor history!