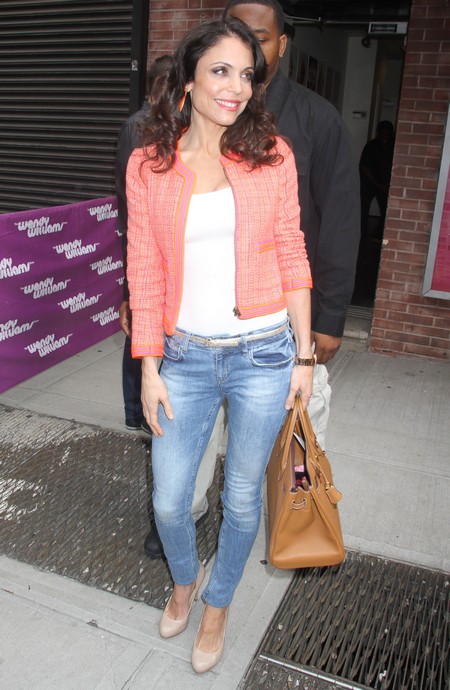 A Bethenny Frankel boob job is a regular deal for the celeb who has had almost as much plastic surgery as Joan Rivers. Bethenny likes putting her whole life on display and rarely seems to censor herself.

On today’s episode of her talk show, Bethenny, she will dish the details on her multiple boob jobs.  The reality star was quite a bit heavier in her younger days and she explains how uncomfortable it made her.

“I was in high school and probably about 30 pounds heavier and my boobs used to sag. They were bigger and they were saggy. They would almost like touch your stomach, when you feel like it’s hot and sweaty. You know what I’m talking about?   I could of put a diet coke can underneath and hold it because they were heavy and saggy.”  She explained to her guests Loni Love and Gretchen Rossi of Real housewives of Orange County.

Frankel obviously lost the extra weight but was then left with excess skin and sagging: “They were small. They were nice. They were probably like a C, but they were really still saggy. You know when you lay down naked and they’re over here (on either side of you). They’re like cocktails on the side.  So my girlfriend said, you should do something.  I felt self-conscious that as a single woman going out and meeting men. I felt like I would be scared, So, he said put a small implant in it and it will lift it.  I ended up with a D, and I didn’t feel like it was right on me. I felt kind of sloppy,” she says. “So then I went again like a couple of years ago when I could afford it to get them taken out and then lifted and I did feel much better.  I felt like I was a little hotter, you know a little perkier…”

After having multiple breast related surgeries, Frankel’s final stance on plastic surgery is this: “If you want to do it, it doesn’t matter if you’re going to have scars. If you want to do it and you can afford it, look into it safely.”

Do you appreciate Frankels’ candidness on anything and everything?  Would you or have you yourself looked into plastic surgery?  Tell us your thoughts in the comments below! 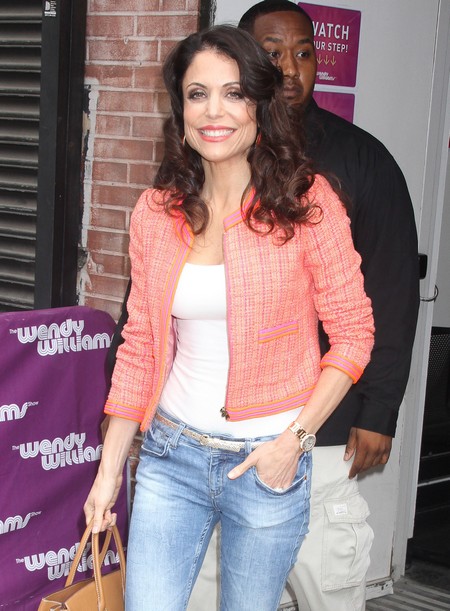