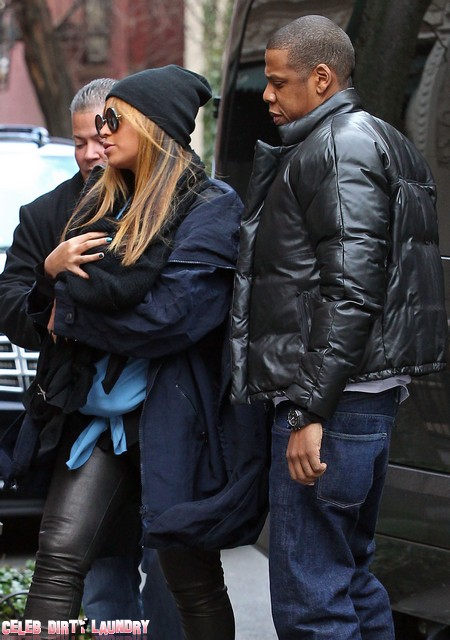 Beyonce and Jay Z just got through having the biggest name baby ever – Blue Ivy Carter – but according to MediaTakeOut once is NOT enough and Beyonce is already trying to get pregnant again.  There was so much buzz surrounding Blue Ivy’s birth that it seemed just a wee bit overdone.  But of course that is just this writer’s opinion… and that of Blue Ivy’s grandparents who told Beyonce and Jay Z to shut up about the kid.

Is this new baby news true?  Well a source claims that Beyonce and Jay Z are actively trying to get pregnant and are committed to large family.  Why not – after all many people question whether Beyonce really gave birth to Blue Ivy.

Supposedly the Carter family want a son to complement Blue Ivy and the insider says that Beyonce might already be pregnant!!  Will wonders never cease…

MediaTakeOut reports:  just got word, from a VERY RELIABLE INSIDER that Jay Z and wife Beyonce are ACTIVELY TRYING TO GET PREGNANT right now!!!  The insider, who asked to remain anonymous, tells us that Jay and Bey are both “committed” to having a large family, and feel that since Bey will likely take the REST OF 2012 off to raise Blue, that it makes sense to drop another baby this year.

And we’re told that the married CARTERS are actively trying to make Blue a brother . . . In fact, our insider claims that Bey may ALREADY BE PREGNANT!!!

Will Blue Ivy be expecting a brother soon?  Let us know in the comment section below.  Which child will be more famous?  Can The Notorious B.I.C. handle the competition?