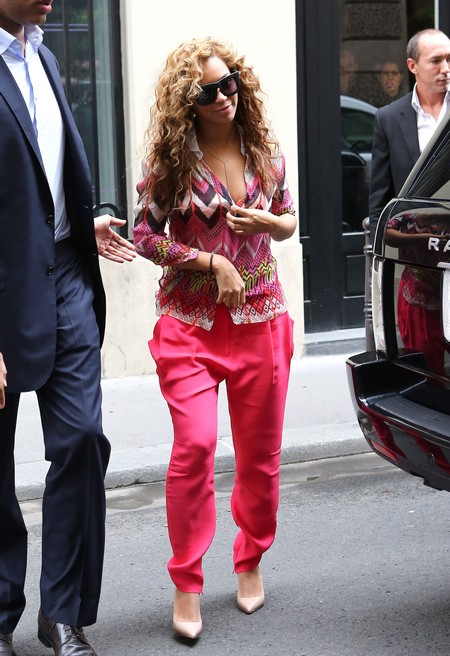 There is nothing that Kim Kardashian won’t do to boost her career. But you already know that, don’t you? A sex tape with Ray J, fake marriage and quickie divorce with Kris Humphries, kidnapping Kanye West – whatever she and Kris Jenner figure it takes to shove her in the public eye, they do. Now that the scheming team of Kim and Kris have climbed Mount West, they have decided to conquer Beyonce and Jay-Z – and of course the way in is through The Notorious B.I.C..

Kim and Kris want and need Beyonce, Jay-Z and Blue Ivy Carter on their reality TV shows and so they are on the hunt. Kim also wants to be treated like an A-lister and no longer passed over for invites to top snob events like the Met Gala ‘Fashion Oscars.’  This year Kim was snubbed by Vogue Editor-in-Chief, Anna Wintour who invited Kanye but pointedly refused to let Kim crash the party.

So according to The National Enquirer Print Edition of July 16th  Kim bought Beyonce and Jay-Z’s 6-month-old daughter a snazzy $5000 diamond-studded baby bracelet – you know like the Magi offering tribute – but the gift came with that typical Kardashian drop of poison…  The Kimster had the gall to have the bracelet engraved with “Love Auntie Kim!”

Of course Beyonce wanted to ram the gift down Kim’s overused throat when she saw this affront – can you imagine her fury upon learning that Kim now considers that she is Blue Ivy’s Aunt!  Beyonce and Jay-Z have gone to extreme lengths to brand and market their precious little bundle of love – they consider their daughter to be the heiress apparent to the celeb royalty throne.  Now the palace whore – the despised courtesan, Kim, has become the little princess’s aunt. This is just priceless.

I love it – Kim’s dirty Machiavellian nerve and Beyonce’s arriviste snobbery both delight me.  I can’t tell which one is the more obnoxious.  I know on a personal level I prefer Kim any day – the girl just doesn’t stop climbing. Everyone calls her a famewhore (except Kanye, who is a bigger famewhore) and she is ridiculed in the media, even by Hollywood stars – yet she persists like a storm of success.  Go girl go!

Do you prefer Kim’s all-American unbridled ambition or Beyonce’s insufferable snobbery and pretension?  You see, to me, the intrinsic differences between Beyonce and Kim are few.  Do you agree? Let us know in the comments below. 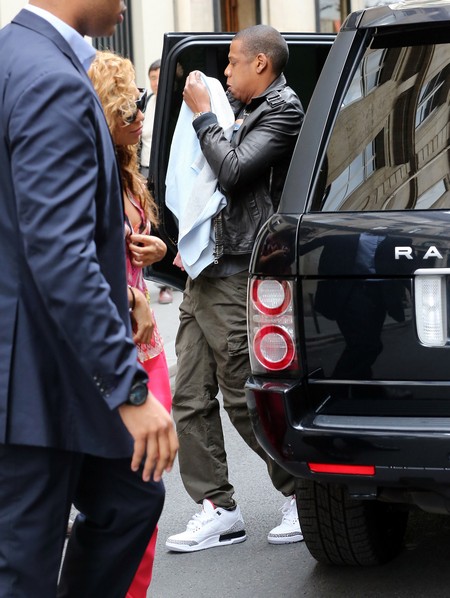