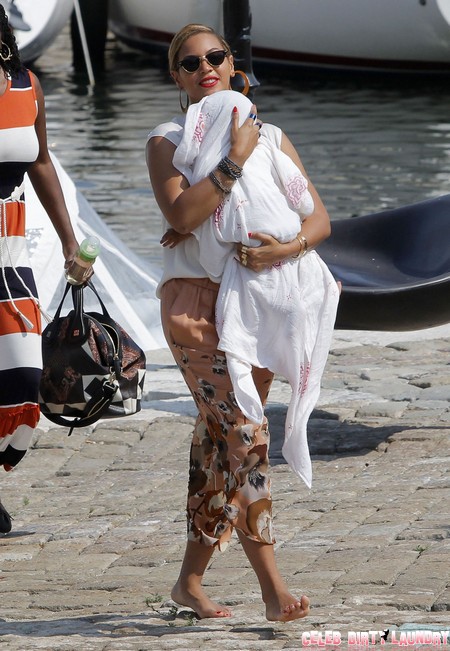 Beyoncé Knowles aka Mrs. Jay-Z has dropped out of Clint Eastwood’s highly anticipated remake of A Star Is Born – is Bey maybe unavailable because she’s pregnant and is worried about her own little star being born? Beyoncé even went so far as to issue a statement saying: “For months we tried to coordinate our schedules to bring this remake to life but it was just not possible. Hopefully in the future we will get a chance to work together.”

Hmm… The movie doesn’t even have a male lead cast or a start date, so how can she surmise that she’s got a conflict of interest? I think something else is brewing…  Otherwise, what is Beyoncé thinking dropping an opportunity like this?

If she has a bun in the oven, that’s okay, but if not, I just have to ask – has she given up on getting an Oscar? She must have had envy pangs watching Jennifer Hudson grab up her Academy Award when she wasn’t even nominated… Ouch.

In the most recent iteration of the flick, Barbra Streisand and Kris Kristofferson played the star crossed lovers to the hilt in the 1976 hit movie that’s got one of the best movie soundtracks of all times – for my purposes anyway. If you’ve never heard Babs singing Evergreen (which won her an Oscar – hear that Bey?) – it’s something to behold.

Clint is helming what will be the fourth remake of the film which was first turned out in the 30s with Janet Gaynor and again in the 1950s with Judy Garland (the chick from Wizard of Oz for the kids out there).

As to male leads, Will Smith, Russell Crowe, Jon Hamm and Bradley Cooper’s names have all been floated, along with Tom Cruise – but since Cruise already did a stint as an aging crooner in Rock of Ages, that may preclude him from the project.

With Beyoncé out of the way, there’s talk that Clint’s considering jazz singer and bassist Esperanza Spalding for the female lead. With that in mind, I wouldn’t mind seeing Marc Anthony starring opposite to make it a Latin love fest.

True he’s not as outright hot as some of the other male leads, but he can sing his face off and act as well. I’ve heard Russell Crowe sing and I’d pay the ticket price NOT to have to endure two hours of him in the role.

But back to Beyoncé – if she hasn’t had a change of heart about playing Esther and Esperanza’s unavailable, perhaps Clint can just cast an empty chair…