Beyonce’s Back! Singer Wows In First Performance Since Baby 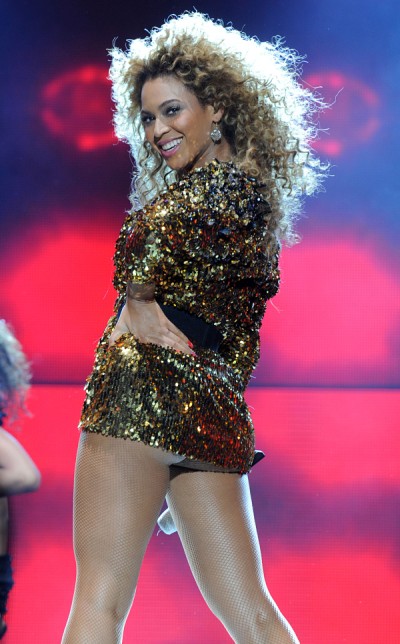 It’s been nine months but it could have only been yesterday when Beyonce was last seen in the bright lights of the stage. The singer brought it to a sold-out crowd on the first of a three-night stint at the Revel Resort & Casino in Atlantic City.

Donned in her signature flamboyant, crystal-studded costumes, Beyonce didn’t look like she’d taken a day off, let alone 9 months to look after baby, Blue Ivy. The Crazy in Love singer was in her element and told her 5,500 fans at the Ovation Hall, “I gotta say, it feels so good to be back home on stage.”

The Daily Mail reports Beyonce gave the crowd what they wanted and performed her biggest hits, including Love On Top, Irresistible, Single Ladies and If I Were A Boy. She also paid tribute to Whitney Houston with a rendition of I Will Always Love You. Beyonce’s former Destiny’s Child bandmate, Kelly Rowland was in the crowd as well as Victoria’s Secret model, Selita Ebanks. Unfortunately, Kim Kardashian didn’t take the stage with Beyonce….

Regardless, critics were impressed. USA Today’s Elysa Gardner wrote, “Backed by an all-female band and a tireless posse of dancers and backup vocalists, Beyonce reasserted her unique pop persona; she was at once angel and seductress, cool diva and woman of the people.”

Even her husband got in on the praise. Jay-Z tweeted, “I’m gonna say this and then I’m gonna end mine. BEYONCE is the best performer in the world. Period.”

But she is a mother now too and she took the time to invite her fans into what she’s been up to these last 9 months. Leading up to the concert, Beyonce posted a video on her Tumblr page featuring interviews about her return to the mic. In it she admitted her trepidation for her comeback. “I’m enjoying being a mother so it’s like going back to my old job, and it’s a little strange. But it’s important that you don’t lose yourself and still have your own passions. And so I’m back to work, I’m back to business.”

What I would give to have been there! I absolutely must find a clip of the Whitney Houston tribute. It sounds amazing! I have to agree with Jay-Z. I think Beyonce might be the best entertainer of our time. Do you agree?