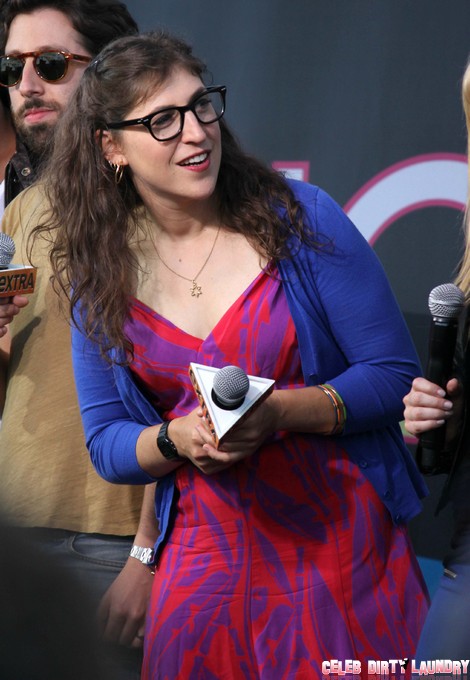 So much for the theory of the big bang and the creation of happy planets and dancing aliens! According to TMZ, Mayim Bialik and her husband are getting a divorce. She cites “irreconcilable differences” as the reason for their divorce, even though she’s been married to husband Michael Stone for the past nine years. The couple is also parents to two children who sleep in the same bed as them, but according to Bialik, their unorthodox style of parenting had no impact on the inevitable decision.

“The hands-on style of parenting we practice played no role in the changes that led to this decision. Relationships are complicated no matter what style of parenting you choose. The main priority for us now is to make the transition to two loving homes as smooth and painless as possible. Our sons deserve parents committed to their growth and health and that’s what we are focusing on,” Bialik told TMZ after the news broke of the upcoming divorce.

You might know Bialik as Amy Farrah Fowler from the super successful comedy series, “The Big Bang Theory”. Bialik also starred on NBC’s “Blossom” as Blossom Russo. The 36-year-old Israeli actually has a PhD in neuroscience and did her dissertation on Prader-Willi syndrome. Prior to her appearance on “The Big Bang Theory”, the character Raj suggested recruiting the real-life Bialik to their Physics Bowl Team. He said, “You know who is apparently very smart, is the girl who played TV’s Blossom. She’s got a PhD in Neuroscience or something.”

Unfortunately, Bialik’s relationship and eventual divorce from Stone completely trumps all forms of intelligence and acting skills. Her break from Stone comes as a shock to the entertainment industry, as the couple was steadfast and firmly glued together in their marriage. Bialik’s world didn’t end with a bang, but with a TMZ whimper.