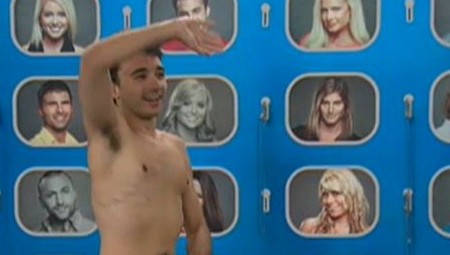 Tonight is another new episode of Big Brother 14 on CBS. Tonight we will see the latest coach competition and the third nominations for eviction when Shane who won the last HOH competition has to decide who he wants to put up for eviction. If you missed the last episode, you can read our full and detailed recap here.

On the last episode Shane won the POV. It was a no brainer that Shane saved himself by using the POV, this forced Frank to come up with another nominee, he choose to put up Danielle. Shane tried very hard  to save Danielle and Jojo but he was not successful. Jojo was evicted from the Big Brother house. Shane won the HoH competition and is the new HoH this week.

On tonight’s show we will find out Shane’s nominations and if rumors are true everyone is caught of guard by who he nominates. SPOILER ALERT: If you’re one of those people who doesn’t like spoilers, stop reading now! On tonight’s show Shane targets Janelle’s team and nominates Ashley and Joe. Needless to say the house is somewhat tense this week because of the nominations.

Last night on the feeds things got a little ‘crazy train’ and the house guests had a lot of fun.  There was a coaches competition and part of the house went to the party for sushi and drinks and the other half of the house were giving alcohol and got pretty crazy.

Big Brother airs tonight and we will see how Shane came to the decision he made for his nominations, we will be live blogging the show with all the up-to-the-minute details so make sure to come back to Celeb Dirty Laundry and watch the show with us.

RECAP: Shane and Jojo were put up for eviction last episode, but Shane won the POV which left Frank to go after the easy target, Danielle. Shane’s flirting with Jojo gave Danielle the opportunity to spread a rumour about a budding romance between the two, which caused Jojo to go home. Shane is the new HOH, who is he going to put up for eviction, we will find out tonight.

In a matter of a week, Britney has gone from three players, down to one; but Britney is thrilled that her last contestant has won HOH.

Boogie thinks it is perfect that Shane has won HOH because he has made side deals with him. Britney tells Ashley that she is going to make everyone else feel the pressure of worrying about being on the block.

Time for Shane to show his HOH room, everyone is enjoying the tour, except for everyone that is worried about going on the block; you could cut the tension with a knife.

Afterwards, Joe tells Janelle that he thinks it will be him and Wil to go up, they are extremely nervous.

Britney is trying to pressure Shane to put up Frank, but he doesn’t want to.

Joe is pathetic, he has made Shane a royal breakfast to suck up to him.

Shane meets with Frank and tells that Wil is his number one target. Jenn reveals to the house guests about when she came out, Danielle asks her if she still feels uncomfortable when she is holding her girlfriends hand in public; the continue on the subject.

Danielle tries to convince Shane to put up Frank, but he’s not so sure that would be a good idea.

Time for the Coaches Competition; they will have to face off in a workout competition where the person who does the most reps wins. Although, the losing coaches get to open lockers and get the prize inside.

Boogie wins first place for the first round, Britney gets to pick a locker, she picks slop and has to choose two players; she chooses Ian and Joe.

The last round is a tongue competition between Dan and Janelle that are playing tonsil hockey with a switch. Janelle wins. Dan gets the last locker, which he wins a sushi and cocktail part, he gets to choose five people to join him. He chooses, the three coaches, Shane and Danielle.

Janelle gets to choose to save a player or trade a player; she saves Wil.

Shane and Britney join Janelle and Joe for some game talk. Boogie wants Joe and Ashley nominated; but Britney doesn’t agree because she doesn’t want her team to be the target next week.

Shane is called to the diary room and Britney keeps detaining him with trying to get in the last word before he goes in to make a decision of who to put up for elimination.

Shane puts up Joe and Ashley for eviction, Boogie wins again and Janelle is ready to fight.

That’s it for tonight, don’t forget to come back Wednesday night to find out who wins the POV.