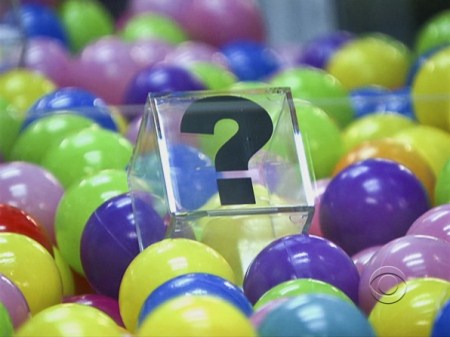 Tonight is another new episode of Big Brother 14 on CBS. Tonight we will get to see the Veto competition and find out if Boogie or Frank has a chance to get off the block. If you missed the last episode (HOH competion), you can read our full and detailed recap here.

In  the last episode Britney won the “safety” temptation, Boogie won the money. Shane won HOH and Frank didn’t look too happy when he passed the key to him, but at this point, Frank still believes the “Silent Six” are going strong.

The “Silent Six” were still going strong after the HOH, until Ian went to talk to Britney and told her that two hours before the live show Boogie spoke to him and asked who he would put up if he won HOH, then Boogie suggested Ian put up Britney or Shane.  Britney was furious and stormed off to the HOH room with Dan, Ian, Daniel and Shane; she told them that they had to put up Boogie and Frank, but Shane was worried that it would be blood on hands.

Pandora’s Box is back and it has some of the house guests worried.

At the Nomination Ceremony, as HOH, Shane had to nominate two people for eviction. Britney gets her key because of her previous win in the HOH competition, Danielle gets a key, so does Dan, Jenn, Ashley, Joe and Ian. Boogie and Frank were shocked, they are both put up for eviction. Boogie can only smile, he is clearly shocked and you know what they say about vengence, the house guests better watch their backs because Boogie is coming after them.

Big Brother airs tonight at 8:00pm with the Veto competition, we will be live blogging the show with all the up-to-the-minute details so make sure to come back to Celeb Dirty Laundry and watch the show with us. Can’t wait to see who wins the POV and will it be used to take Frank or Boogie off the block.

Tonight’s episode: Shane struck while the iron was hot in the last episode because he felt that Boogie and Frank were coming after his alliance. Meanwhile, Ian is just hoping the two nominees don’t figure out that he had something to do with their nomination. Boogie has to find out who caused this, he and Frank head to see Shane in the HOH room to find out who was behind the nomination. Shane tells the guys that it was Joe and the glass cube with the question make that caused them to be put up. Shane just can’t shut his mouth, he then tells them it was Britney, Frank is fed up with the excuses.

Shane then sits down with Britney and tells her that he told the nominees that she was the one behind them getting nominated. Britney is upset, she doesn’t understand why he had to through her under the bus.

Britney heads on over to the nominees and tries to do damage control because she knows that there is going to be a target on her back. Boogie beats her down and tells her that she made her big move, now she has to deal with it.

Britney heads on back to Shane, she is furious about his throwing her under the boss and tells him that she left her husband and quit her job for this show, how dare he do this.

Boogie can’t figure out who the mole is and tries to drill Dan, but it doesn’t work. Meanwhile, Dan tells Britney he doesn’t mind taking the heat but the moment Ian doesn’t have their back, he is going to through him to the wolves.

It’s the Big Brother Candy game where the contestants have to answer questions about the candy displays. Frank wins the Veto competition and Shane will no doubt have to name another nominee.

Boogie gets to work, he wants Dan put up on the block and out of the house. Next, Boogie moves in on Britney and tries to gain her trust in getting Dan taken down.

Boogie works on Shane next, he reminds him that Dan won the game because he slid under the radar.

Time for the Veto meeting, Frank, as the winner of the Veto takes himself off the block. Shane now has to replace Frank and tells everyone that he is choosing the person because it is the best thing for his game, he chooses Jenn.