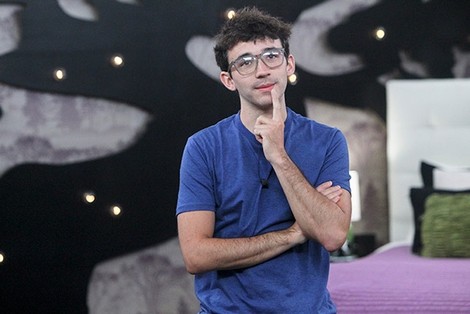 Last night’s Big Brother episode was insane! Did you watch it? If you missed any of it, you can read the full recap here. Basically, Dan Gheesling stabbed  Frank Eudy in the back with the ultimate betrayal as Dan swore on his wife, his marriage and the bible that he would protect him.

Once Frank left the house, Julie Chen announced that it was a double eviction night. Dan won the next HOH and put both Joe Arvin and Ian Terry up for elimination. Ian won the PoV, took himself and Danielle Murphree was put up as a replacement. In the end, the house guests sent Joe home.

Spoiler alert: If you’re one of those people who doesn’t like spoilers, stop reading now! We have some juicy spoilers for you about Big Brother 14 week 9.

After the show aired, there was yet another HoH competition that had the house guests trying to get a ball in a slot in the “what day did this happen” competition, Ian won the HoH and I can’t to see how it plays out on Sunday’s episode.

Dan and Ian reaffirmed their “renegades” secret final 2 alliance, will Ian stick with it?

Ian and Dan kick around some ideas of who to nominate and Ian says that he thinks he should put up Dan just so nobody gets suspicious in the house and thinks they are working together. Dan does not want to go on the block “cause we all know what happens to pawns.”  Dan then throws around putting Jenn Arroyo and Shane Meaney on the block and there would be no way for Danielle to win PoV so the nominations would remain the same and Jenn would go home. Ian then asks Dan how he is going to tell Shane that he is putting him up and Dan suggests he tell him that he is just a pawn to get rid of Jenn.

So there we have it, the nomination ceremony is later today but I wouldn’t be surprised if Dan really worked on getting Shane to go home, that way everyone that is left in the house would have close ties to him and almost guarantee that he makes it straight through to the finale.