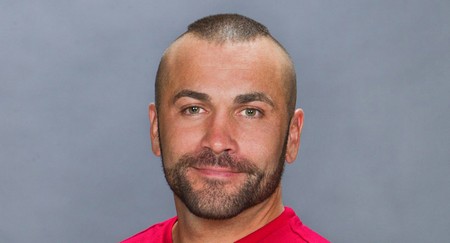 This season of Big Brother certainly brings us many controversial contestants, but none more than Willie Hantz, the brother of one of the most notorious Survivor villains, Russell Hantz. Before this season aired, Willie said, “I plan to be a jerk and a villain” well, it certainly appears that he was telling the truth, at least about that. Although, he went on to say that he was going to show up his brother, the two-time Survivor loser, “I’m going to show you how to win bro’” and that is not going to happen because Willie was booted of the show for being a jerk and attacking another player!

In a HUGE Big Brother spoiler, Willie calls Joe a pussy and head butts him not one, but four times! When Willie is called into the diary room, without Joe, he confronts Janelle by throwing food at her and calling her a bitch. Janelle responds with a clear *uck you which includes flipping the bird to Willie as he heads to the diary room.

In the diary room, Willie spends two hours before Executive Producer Allison Grodner announces to the house that Willie will not be returning to the house.

In the last episode of Big Brother, Frank won the head of household and if you don’t want to know who he puts up for eviction, then Don’t Read Any Further.

Frank nominates Shane and JoJo for eviction and in the Power of Veto competition where Joe is host, Shane wins the POV. I’m pretty sure it’s safe to say that Shane will use the POV on himself which will leave Frank having to put up someone else for eviction.

Big Brother airs tonight with the new nominations announced, we will be live blogging the show with all the up-to-the-minute details so make sure to come back to Celeb Dirty Laundry and watch the show with us.  Can’t wait to watch that Big Brother spoiler come to pass – what about you?