Blake Lively Admits ‘Gossip Girl’ Is Not Her Best Work 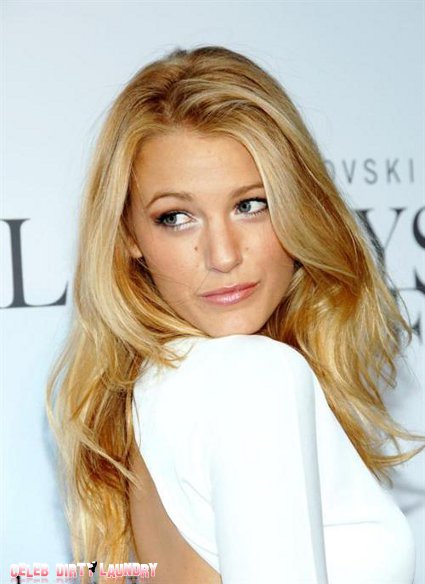 Blake Lively talks some serious gossip! Ok, not tons, but enough to satiate our intense appetites for all things gossip. To not only look like Blake Lively, but to date Ryan Reynolds as well . . . what a life.  Can we talk about how gorgeous this Gossip Girl looks in the magazine Bullett’s summer issue?  I can’t say that I’m a huge fan of the show that put her on the map, but it certainly did her well.  The 24-year-old actress has a number of movies under her belt, is dating a Hollywood hunk, and has a lot more to look forward to.

Blake has a new movie coming out, The Savages, and she sat down with the mag to give us readers all the hot goss in the life of Blake.  Her movie hits theaters June 6th, and she plays the character of Ophelia (a character that was initially meant to be played by Hunger Games actress Jennifer Lawrence).

On prepping for her role, the actress revealed:

“I started thinking about the state of young people these days. In my character’s situation, her mom is off with nine different husbands and her dad left her when she was a kid. She has nobody to learn from, so she’s making her own mistakes. Dad takes a hike and now she’s hiking up her dress for two guys. You don’t think there’s a parallel there? These kids are very much the product of this cynical generation.”

She also dished about how she builds and maintains relationships and friendships:

“I’m slow to build friendships, but they always end up being long and lasting. The way that I meet people is the same way that I’ve always met people. It might be weird if I was on Date, but I’m not, so that’s good. I meet so many people in passing at parties, but I’ve never been a person who’s like, I know I just met you, but let’s exchange numbers and be best friends.”

Any juicy tidbits about Ryan?  Unfortunately, not so much.  She did however talk about the eventual series finale of Gossip Girl:

“I think the best way to describe it is like someone who really enjoyed high school, and is like, I’m a senior and I can’t wait for the next thing! Gossip Girl was so great, but what’s the next challenge in life? Because, you know, six years is a long time. And as an actor who plays a caricature of myself on the show, I don’t think I’d say, Watch Gossip Girl for my best quality of work. But I am very lucky to have had that experience.”