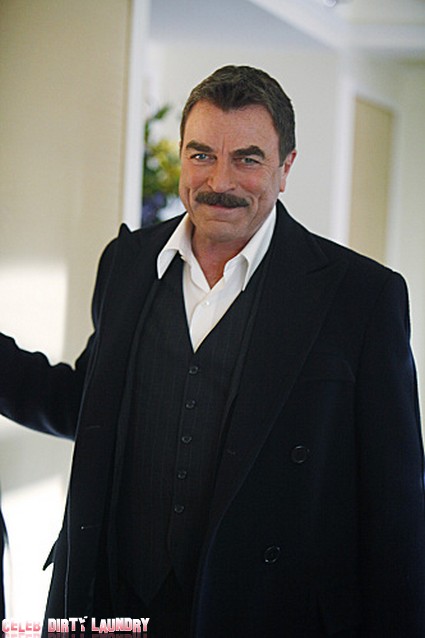 Did you watch Blue Bloods tonight? If you missed any of the episode, you can read our full official recap HERE.  Frank was hilarious, he didn’t want to go to that dinner, but in the end, it was worth connecting back up with Melanie, wasn’t it? The two seemed really happy when they left the dinner and were walking together, I couldn’t believe that guy threw acid at her, could you? It’s unbelievable that only her jacket got ruined, it could have been so much worse, didn’t you find that Frank reacted quickly?

I really felt sorry for Jamie, being undercover with the mafia is a pretty scary job for anyone, let alone someone as young as he is. Don’t you think they should have put an older cop on this case?

When Jamie went to see Bianca, he took the bullets out of her gun, do you think he maybe regretted that afterwards since she ended up dead?

The cutest part of the episode, yes I said “cute”, is when Frank tries to explain his relationship with Melanie to Danny, didn’t you think it was adorable when Danny called him “Romeo”? I love their chemistry, don’t you?

Bianca begged Jamie to stay with her, don’t you think it was tough for him to leave her when he knew she was in danger?

Danny and Jackie thought Miles was Melanie’s attacker, what did you think? I thought he was too, I was very shocked when their investigation led to Melanie’s producer, but Danny’s brilliant detective work paid off.

When Melanie headed over to Frank’s office to tell him to call off his men, did you notice the tension between those two? Don’t you think Tom Selleck is such a charismatic actor? I love how he makes all his scenes with women so believable.

I couldn’t blame Jamie when he wanted out, could you? He looked so scared when he got in the car to go to Phil’s club, I was happy that his alias, Jimmy Reardon was arrested and put this undercover job at an end. Where you happy this was the end of it, do you think there might be something else coming from Uncle Phil?

What did you think of Tom Wopat (“The Dukes of Hazzard”) guest staring as Craig Iverson, Melanie’s producer? I thought he did a good job, but when he was exposed as being Melanie’s attacker I thought his reaction was a little too blah, he should have gotten angrier at being exposed, don’t you think?

I felt sad for Jamie, being responsible for someone’s death is terrible, I have a feeling he is going to be carrying this with him for a while, don’t you?

When Frank went to see Melanie and give her the parting gift, you could feel the sexual tension between the two right through the TV. I hope she comes back soon, I really like the two of them together, don’t you?

Don’t forget to come back next Friday night when we recap an all new episode, “Reagan v. Reagan” where Erin and Danny face off in court.