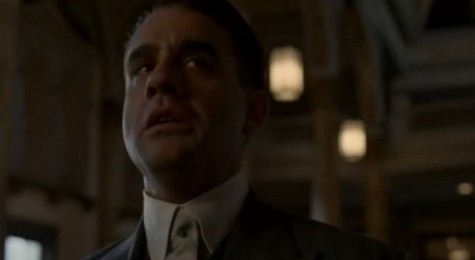 The sixth  episode of Boardwalk Empire season 2 was a bit slower than the last five episodes.  On “Ging Gang Goolie” Nucky gets into a bit of a mess in Washington, DC.  He gets out of it, but comes up with a plan to try and work with his onetime nemesis Esther Randolph to bring down George Remus.  Nucky is quite adept at political maneuvering, lets see if he can do this. At the end of the show Gaston Means offered Nucky information for $40,000 which will help both Nucky and Esther.  I cannot wait to see what it is.   We also missed Gyp on the  episode, but we know he will be back next week and out for vengeance.  We have a sneak peek video and some spoilers to wet your appetite for next week’s episode 7 titled “Sunday Best.”

On last episode Nucky was detained in Washington by Daugherty’s henchmen, to teach him a lesson.  One Nucky gets out he approaches his onetime nemesis, Esther Randolph, and later entertains an intriguing proposition from Gaston Means. In Atlantic City, Margaret coped with Teddy’s demons while Owen investigated a suspicious fire, and Gillian feuded with Lucky and found a surrogate for Jimmy. Richard connected with a pugilistic vet named Paul Sagorsky and his daughter, Julia.  Did you see the episode?  We did and we recapped it here for you!

Spoiler alert: If you’re one of those people who doesn’t like spoilers, stop reading now! We have some juicy spoilers for you about the season 3 episode 7 of HBO’s “Boardwalk Empire.”

Official HBO synopsis of next week’s episode:  On Easter Sunday, Eli looks to get back in Nucky’s good graces at a Thompson family reunion. While Richard and Tommy spend the day as guests of the Sagorskys, Gillian stays at home and makes a sacrifice to improve her future. In New York, after dinner and prayers, Gyp heads downtown in search of a blessing – from Joe Masseria.

Gyp is back and he is back with a vengeance, he has Lucky Luciano, Nucky Thompson and Arnold Rothstein in the cross hairs of his sight and he wants them dead!  As a matter of fact he says he is going to kill them all.  Gyp is not going to easily forgive the failed hit on his life.  So you know next week is going to be a violent episode.   Gyp goes to Joe Masseria to get his blessing and Gyp says, “You going to be in a war whether you like it or not!” 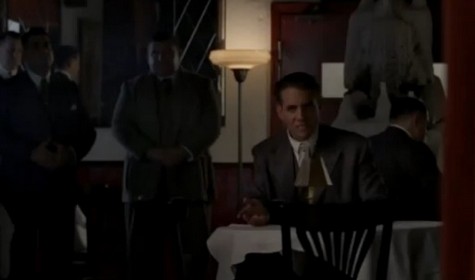 Things get pretty interesting when Eli tries to get back good with Nucky.  He tries to have a conversation with Nucky about the New York shipments.  It looks like Nucky may be planning some violence of his own when we see him cocking a gun and Eli asking him if they have too.  If I were Gyp I would not underestimate Nucky just yet….

Gillian seems to have finally accepted that her son is dead and nothing will ever bring him back.  Gillian is probably doing that so she can inherit her house that her son, Jilly, owned.  But that does not stop Gillian from playing with her new toyboy Roger or James as she has renamed him.

Boardwalk Empire Season 3, Episode 7 “Sunday Best” airs on HBO on October 28rd, 2012.   Check out the preview video  of episode 2 and let us know in the comments below what you think!