Bobbi Kristina Gets Closer And Closer With Boyfriend Nick Gordon 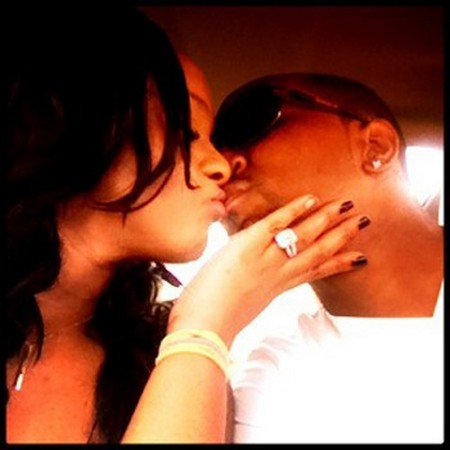 Bobbi Kristina has certainly been through her fair of devastation – no one can deny that.  So whom else would she turn to other than her boyfriend Nick Gordon?  The only problem is that the two have grown up together -like brother and sister.  Say What???

Although they are not of the same blood (because that would just be waaayyy too much), Nick was taken in by Whitney Houston years ago and lived in the household with Bobbi and her mother.  Ever since her mother’s tragic death, Bobbi has been gushing about the love her and Nick share. The two naturally were all over the tabloids after they were spotted ‘consoling’ each other shortly after Whitney’s death.  To the young couple (Bobbi is 19 years old, old enough to make her own decisions I suppose) it didn’t seem odd that they were in love, but to the public their displays of affection were all too new considering they were thought to be sibling.

Bobbi and Nick recently got matching tattoos on the wrists with Whitney’s initials ‘WH’ to commemorate the singer’s 49th birthday.  She also took to Twitter to tell everyone how she felt about Nick.

“1 of the main reasons why I even smile today, iloveyoubooboo forever&always “it’s just US now.””

The tweet was accompanied with a picture of the two smooching very tenderly.  So it’s sweet that she has someone to turn to, but I wonder if the relationship was as strong as it appears to be while Whitney was around – and would her mother have approved? I also have to wonder just how ‘close’ they were before her mother’s death. All I’ll say is that I hope, despite everything, Bobbi doesn’t follow in her mother’s footsteps with relation to her deep drug issues. My fingers are crossed…