Brad Pitt And Ellen DeGeneres Team Up In New Orleans 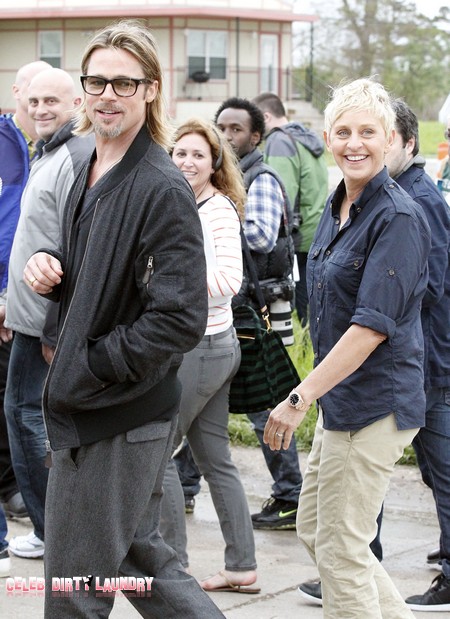 On today’s pre-taped episode of The Ellen DeGeneres Show, the segment followed Ellen as she teamed up with Brad Pitt in New Orleans to discuss his “Make It Right” project, which aids in bringing help to the victims of Hurricane Katrina with affordable green storm resistant homes.

Ellen, a native of New Orleans, discussed with Brad the devastation that took place to the ravaged section of the 9th Ward and how he’s had such a pivotal role in assisting the citizens.

“I’m getting far too much credit for this,” Pitt says modestly of the project, which has constructed 75 houses so far. “This took a lot of very smart people coming in and attacking the situation. It took the families determined to come back [after Hurricane Katrina] and their resilience and they’re defining what this thing was going to be. I get far too much credit for bringing some really smart people together.”

The 48-year old has made quite an impact as a humanitarian, modest or not.  Ellen had nothing but praise to give Pitt, who has been involved with the city’s housing resurrection since the hurricane hit back in 2005.  It’s clear how respected the actor is, as we watch him call out locals by name and jokes around with them.

More: A Pregnant Angelina Jolie And Brad Pitt To Be Married This Summer

Check out the video and see both Brad and Ellen talk and walk the streets of Ward 9….what a humble heartthrob that Bradley is.