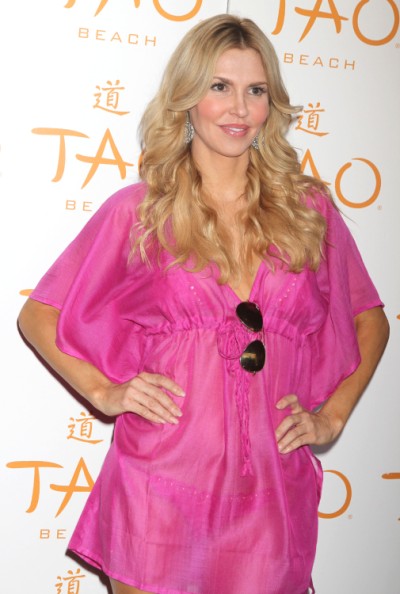 If Kristen Stewart is looking for minute by minute discussions and/or advice over her catastrophic love life, she should look no further than Twitter. Brandi Glanville took to the social media site to come to the fallen actress’s defense in a tweet that what lacked in grace, amply made up for with good old common sense.

“F**k people I have always said it take to and a man can’t be stolen he has to want to leave,” Brandi wrote, according to Radar Online. “Home-wreckers come in PAIRS now F**K OFF. (sic)”

You’ll remember, Brandi was one of the first to comment on the story last week when she tweeted about the similarities between Kristen Stewart and Rupert Sanders’ affair and her ex-husband, Eddie Cibrian’s tryst with bikini-lover extraordinaire LeAnn Rimes.

I don’t understand why Brandi doesn’t have her own show on Bravo or why people don’t like her more. Biotch might act crazy sometimes but she’s got sense! Her tweet is exactly right. Rupert’s getting off easy in this whole nasty situation because (to be honest) he’s not that attractive and no one cares about him. Kristen’s getting murdered in the court of public opinion. I’m not saying she shouldn’t, the way her PR people are mucking up this whole thing is worth a few slaps, but Sanders is 20 years older than her! He has children! He’s married! And he was in a position of power. He was her director! Say what you want about Kristen being a smart, bad ass, independent woman with a strong, professional career but she’s only a few years out of her teens. Sure, she’s seen the world and been introduced to adult life early, but she’s still naive and, my guess, easily impressed by older men who look like they’ve got their sh-t together and are wise about the world. She’s the girl at a party who’ll flirt with the dude strumming his guitar while name-dropping Zen and the Art of Motorcycle Maintenance. People always get impressed when others read that book because only a handful understand it and I still think they’re lying.

Neither here, nor there. What I’m trying to say is I’m glad Brandi is turning the discussion back to Rupert. That’s where it needs to be – not entirely centered on Kristen. True, Brandi’s also using the attention to bring the spotlight back on to her, but what do you expect? She’s not even a full-time cast member of The  Real Housewives of Beverly Hills after all! She has to make ends meet somehow!

Do you agree with Brandi Glanville’s tweet? Do you see it as a defense of Kristen and do you think Kristen deserves it?