Breaking Dawn Trailer Part 2 To Debut on The Hunger Games!!! 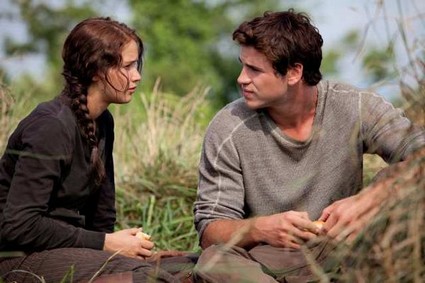 The Hunger Games film hits theatres March 23rd, and is being released by Lions Gate Entertainment. This will be the first example of synergy between them and Summit Entertainment, who produces the Twilight movies.

Lions Gate acquired Summit back in January, and if you ask me it’s a perfect opportunity to capitalize on the two hot young adult franchises’ that we all love so much. Jon Feltheimer, who is the Lions Gate chief executive had this to say:

“The Twilight Saga: Breaking Dawn Part 2′ trailer will debut exclusively on every ‘Hunger Games’ print on its opening night for what will be Lions Gate’s largest release ever.”

Brilliant, brilliant idea. There is also talk about a sixth Twilight film – but this will depend on author Stephenie Meyer’s decision to write another book. This news is just too much for me to handle. Get on it Stephenie!!!