BY Cate Meighan on June 22, 2012 | Comments: Leave Comments
Related : Keeping Up With The Kardashians, Kourtney Kardashian 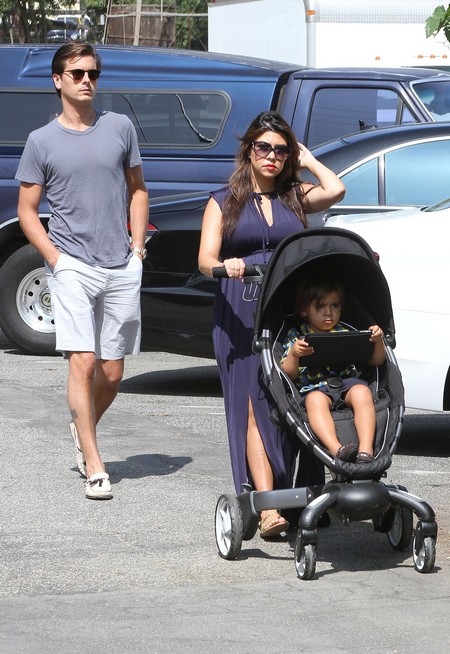 Kourtney Kardashian is about two weeks from her due date and it looks like she has ditched her safe, conventional birthing plan in favor of a water birth! Truly, she could deliver Mason’s baby sister at any time now and a changing birthing plans is unusual to say the very least.

According to Hollywood Life: “Kourtney wants to experience a natural birth with her second child,” a source said. “She has been taking pre-natal yoga classes and has been learning all about the benefits of having a home birth and water birth. With Mason, she didn’t know what to expect and felt more comfortable having a traditional birth.

Now she feels a lot more confident and feels a natural water birth would be one of the most empowering and magical experiences in her life. Of course Kris thinks it would make for great TV and wants the entire birth to be filmed. If all goes planned, it would air on the season finale of Keeping Up With the Kardashians. Kourtney wants everyone to be at her daughter’s birth, and of course big brother Mason!”

I have to wonder if this is momanager, Kris Jenner’s idea because we already know that she will do anything for ratings.  As far as she’s concerned when it comes to her girls, the more outrageous the better.  I know that Kourtney has become a bit of an earth mother, but still knowing Kris she fully supports the idea and does think it would make for great ratings.

It’s also unheard of for a mother to change birthing plans at the last minute.  That is usually firmly in place by six months into a pregnancy and the plan itself brings a woman a bit of comfort.  This whole situation sounds to me like it could add a lot of stress to an already anxious time for Kourtney.

What do you think of a Kourtney Kardashian water birth?  What about Scott Disick? Does he have any say in things – probably not! Do you think it’s a safe delivery option?  What about filming for their reality show?  Is it something that she be more of a private family memory?  Tell us your thoughts in the comments below!