Breaking News: Kristen Stewart And Rupert Sanders’ Affair Been Going On For Months! 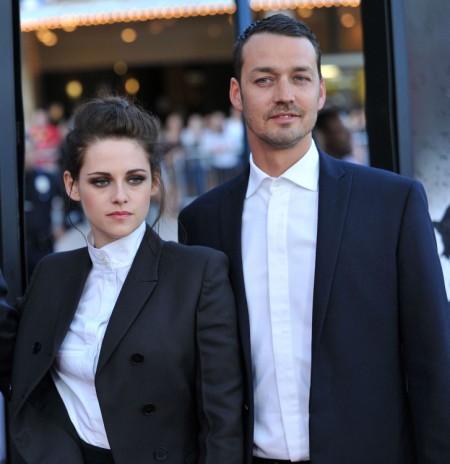 Kristen Stewart’s been doing her best to downplay her affair with her Snow White and the Huntsman director, but Rupert Sanders’ brother-in-law, Leopold Ross, is now telling everyone that the two have been sneaking around for months and even started hooking up while they were filming the movie last year!

According to Hollywood Life, Liberty Ross’s brother told The People, “It was from the last half of filming and all through post-production, clear into last week. [Liberty] made some sacrifices for something she thought was worth it, now she knows, right? Five minutes from her home. Doubt it was worth it but it’s life. It might actually make things better in the long run. She wasn’t that happy for a while, but our family is close, she’ll be all right.”

So much for that apology Kristen! After the incriminating pics were released, sources close to Kristin tried to spread the word that her marathon make out session with Rupert was a one-time deal. One source said, “She wasn’t having an affair with Rupert. It was just a fleeting moment that shouldn’t have happened. She never meant to hurt anyone. She’s a good person who just made a bad choice.”

I’m beginning to doubt that. I was giving Kristen the benefit of the doubt thinking she was young and stupid and entitled to make immature mistakes. But she keeps looking so selfish! First there was the fact that she wore Rob’s hat during the dirty deed and now she’s lying like crazy to make herself not look as bad. I don’t know what’s worse, the fact that she cheated on Rob or how her PR people are blundering this situation. And now I know her “I’m so cool and I don’t care what anyone thinks of me” shtick is complete bullsh-t. Obviously she cares a lot if she’s going to these lengths to try to clean up her image.

Do you think Kristen’s image is completely unsalvageable or is this new lie just proving what most of us knew all along anyway?