BY Sphinx Kat on September 15, 2012 | Comments: one comment
Related : Prince Harry, The Royals 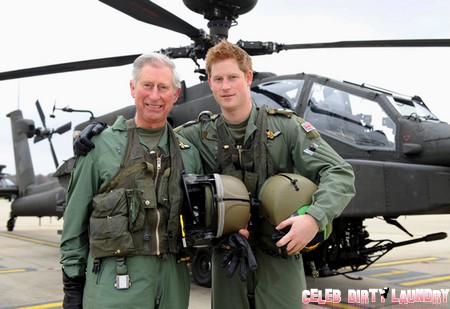 We all joked that Prince Harry was being sent away after his Las Vegas photo scandal, but it is too easy to forget that there is real danger while deployed. A Taliban attack on Camp Bastion, which is where Prince Harry is stationed, left two US Marines dead and wounded several. A NATO spokesman announced, “Prince Harry was never in any danger.”  Right!  Anyone in Afghanistan is in danger as long as the Taliban is active.

Harry has done a previous tour, which was cut short after his location was leaked by the tabloids, putting his entire unit in danger. He left immediately. Prince Harry feels very passionately about his role in the military and has always spoken out about his desire to be treated just as any other enlisted person. Unfortunately, he is an international target to terrorists.

It isn’t clear what provoked the attack on Camp Bastion, but we know grenades and handguns were used. Harry is a gunner on an Apache helicopter and is scheduled to stay for four months, until just after Christmas. No word yet from the palace, but I wouldn’t be surprised if Harry is sent home or moved to a different, anonymous location.

We are so relieved to report that Harry is safe, but at least two were reported dead and our thoughts are with their families.