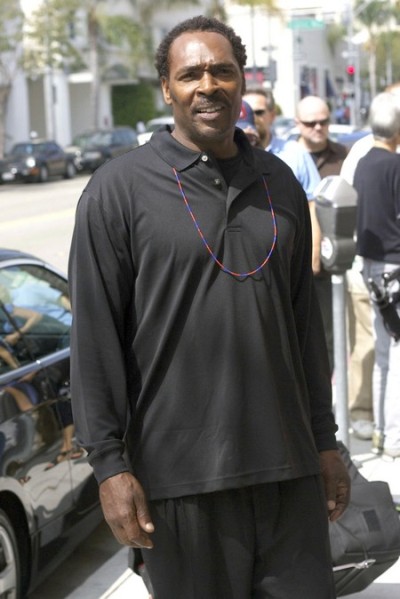 Rodney King  was found dead at the bottom of a pool this morning in Rialito, CA. He was 47 years old.

TMZ reports his fiance found him and called police to the scene around 5 a.m.  They moved King out of the pool and tried CPR but declared him dead at 6:11 a.m. Sources told TMZ the Rialto police department will open a drowning investigation.

The man, who will forever be known for the words, “Can’t we all just get along?”, burst into the nation’s consciousness after he was videotaped being brutally beaten by Los Angeles police officers in 1991. The incident went on to spur riots in the city a year later when the officers involved in the beating were acquitted.

King has had his share of legal problems since the racially-charged trial. In 1993 he entered an alcohol rehabilitation program after crashing his vehicle into a block wall in downtown Los Angeles with a blood-alcohol level twice the legal limit; in 2001, King was ordered to attend a year long drug treatment program after he was arrested for indecent exposure and being under the influence in Claremont; and in 2003, Rialto police arrested King on suspicion of punching his girlfriend in the stomach, though no charges were filed.

In 2008, King tried to finally kick his demons by checking himself into the Pasadena Recovery Center, which was filmed as part of the second season of Celebrity Rehab with Dr. Drew.

We will keep you posted on the story as more news comes in. Are you surprised that Rodney passed away so soon or do you think his past problems signaled this would happen?