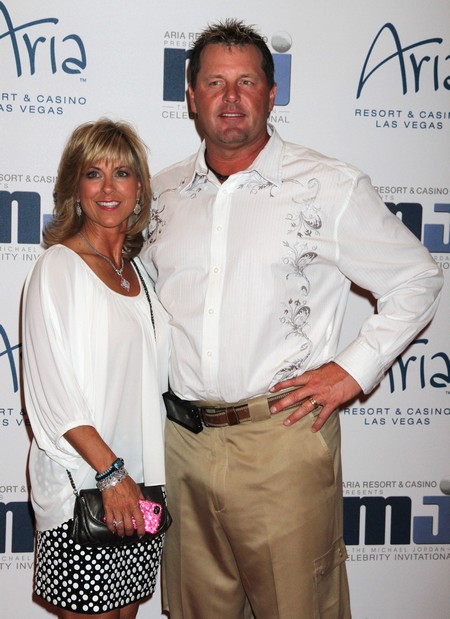 Roger Clemens’ former trainer, Brian McNamee, delivered some damning testimony against the retired baseball great.  McNamee claims that in 1998 Clemens asked him for the very first of many, ‘booty shots’- steroid injections into the buttocks.

Federal prosecutors accuse Clemens of lying to Congress in 2008 when he denied using performance-enhancing drugs.  Clemens, 49 years old, denies he lied and pleaded not guilty in the trial, which is in U.S. District Court in Washington.

Clemens legal team fully intends to attack McNamee’s credibility. Cross-examination of him is set to begin later in the week.  McNamee’s allegations came to light years ago when steroids investigators began looking into him until he eventually began cooperating with both criminal and congressional probes.

McNamee provided details of Clemens’s use of steroids. He said he injected the pitcher about eight or 10 times in the 1998 season.  Clemens, at one point, handed him a Ziploc bag of testosterone in single-dose glass ampoules.  McNamee said he never asked where Mr. Clemens got the drug.

“Don’t ask, don’t tell,” the trainer testified. “I didn’t want to know.  Roger had laid out the steroids, the needle, the alcohol, the gauze pad in his bathroom,” said Mr. McNamee. “…He bent his leg and started to flex his butt…and then relaxed and said ‘I’m ready.  Didn’t feel good about what I was doing, but on the flip side, I was just trying to help, I knew what I was doing was illegal,” he added. “I did what I was asked and I shouldn’t have…I made a mistake and I wish to God I hadn’t.”

Do you think this testimony will lead to Clemens conviction?  If it does, what type of punishment do you think is appropriate?  Steroids are used by many Hollywood celebs on a regular basis.

And by the way – WTF is Congress doing sticking their useless noses up MLB’s behind?  Don’t they have a nation to manage – isn’t that their business?  Last time I checked they weren’t exactly doing such a bang up job of it – maybe they should mind their own business? Tell us in the comments below!