BY Melanie Usher on January 5, 2012 | Comments: one comment
Related : Movies 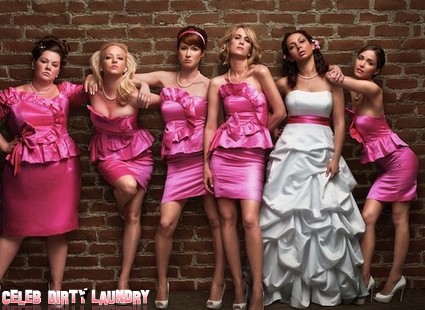 Bridesmaids was the most successful comedy of 2011 at the box office. Plans are underway to get a sequel in theaters as soon as possible. But the surprise news is…star and screenwriter Kristen Wiig may be missing from Bridesmaids 2.

Of course Movie Execs are keen to cash in on last year’s hit  – there’s just one little problem…Kristen and co-writer Annie Mumolo want to move on. Kristen has told the  Hollywood Reporter ‘We aren’t working on that. Annie and I aren’t planning a sequel. We are writing something else’.

But the studio wants to get cracking on the follow up ‘We are talking to filmmakers now about concepts, and if the right one emerges, we’ll move forward.’

Producer of the first movie Judd Apatow also reckons a sequel is go ‘The key is we have to come up with an idea that is as good or better than the first one. We don’t want to do it unless it can be great. I don’t think anyone has had the brain space to think about it yet. Hopefully that can begin this year.’

Maybe Kristen can be persuaded to pull on the pink dress one more time. There’s also talk one of the other bridesmaids could get a starring role next time around and the smart money is on Melissa McCarthy. The star of Mike & Molly played the very popular  – and very funny – Megan in the first movie. I reckon she stole the show and is the obvious choice for the next installment.  We’ll just have to wait and see.