Bridezilla Jessica Biel To Justin Timberlake: This Engagement Ring’s Not Going To Cut It 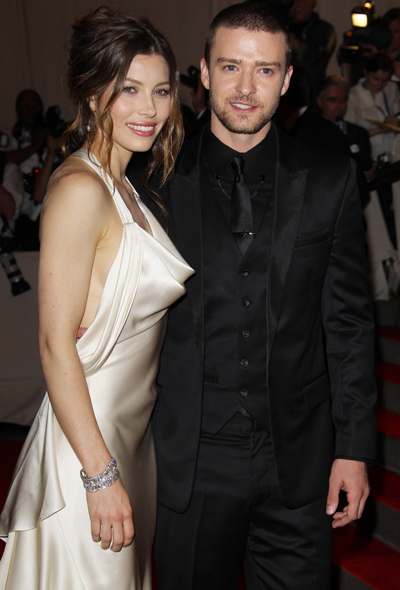 If you had been waiting as long as Jessica Biel had to get engaged, any engagement ring would do, right? Well, apparently not.

According to the National Enquirer, after Justin Timberlake proposed to the 29-year-old seemingly high-maintenance actress with a diamond engagement ring, Jessica accepted his offer of marriage but rejected his ring, which may explain why the New Year’s Eve star was seen without any bling on her all important left hand at the recent Golden Globe Awards.

“When Justin proposed to Jessica, she was disappointed with his choice of ring,” said a source to the tabloid.

“Jessica isn’t a fancy girl, but she wanted some­thing stunning – a bigger diamond that would impress her friends. Instead, Justin went more mini­mal, thinking she’d prefer something less flashy.”

Instead of pretending she liked it and upgrading some point down the road, Jessica decided to be brutally honest with the 30-year-old singer and let him know that his ring choice wasn’t up to her standards.

“Jessica told Justin that although she was moved by his proposal, she wanted a ring with more bling,” added the source. “He was very understanding,and told her that she deserves to have what she wants…To placate her, Justin has not only enlisted his mom for help with the ring, but he’s going to propose all over again.”

On one hand, we kind of understand wanting to like the ring that you’re (hopefully) going to spend the rest of your life wearing, but on the other hand, doesn’t Jessica seem like a total diva for essentially telling JT that his choice of engagement ring, which he probably put a lot of thought into, totally sucks?

We just hope that Justin is smart enough not to get involved with the wedding plans. Jessica seems like she’s about to let her inner-Bridezilla out.