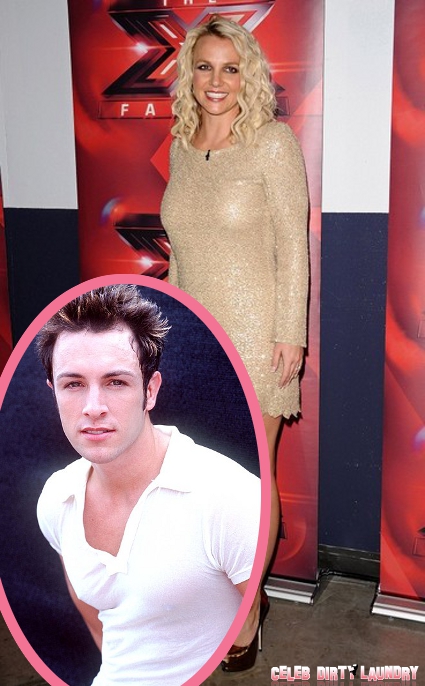 For those of you who have been living under a rock for the past few months, Britney Spears is now a judge on the X-Factor, and when a contestant she recognized from her past, who goes by the name of Don Philip, stumbled onto the stage at the San Francisco auditions she got emotional.

Britney immediately recognized the contestant when he stepped on stage. “I know him. We did a duet together 10 years ago,” Britney said to the panel of L.A. Reid and Simon Cowell. Britney has a huge smile on her face and she was visibly happy, but when the contestant started to cry, the mood went a bit maudlin.

He revealed to the packed audience and the judges, “I am gay. At the time I didn’t think I was worthy. I didn’t think you thought that it was okay that I was gay.” In true Britney fashion, she responded with, “It’s fine if you’re gay.”

The contestant was visibly shaken up and so, too, was Britney, with the contestant saying to Britney that he thought he was never going to see her again and that he’d had a lot to deal with. Britney comforted him throughout his audition. The contestant was apparently Don Philip, a popstar who toured with Britney a while back.

Britney has also been through some terrible ordeals the past ten years, so in a paralleled fashion, Britney was upset in a controlled manner, keeping her cool in front of the fellow judges and the live audience of thousands. In the end, Britney gave the singer straightforward critique and it is not known whether he made it through to the next round or not.

We laud Brit for her support and the professional way with which she handled the situation. What do you think CDL readers? Did Britney do the right thing? Let us in on your thoughts below. Please note, no homophobic flaring will be allowed.