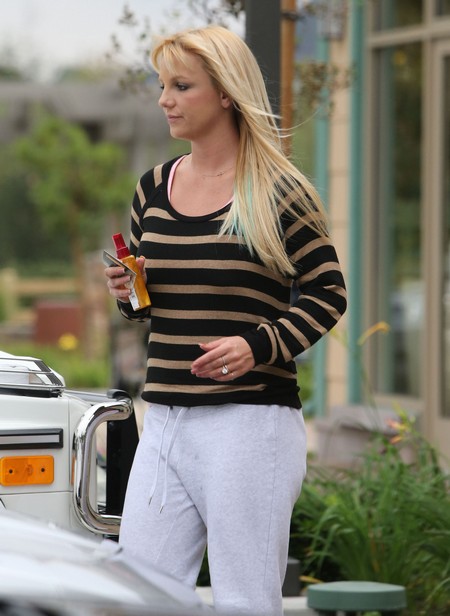 Britney Spears may have held up very well during the very first live X Factor show of the season, but it probably won’t be enough to save the pop star’s job come next season.  She was originally signed to a one year contract that was worth a cool fifteen million bucks and of course in order to re-sign on that dotted line for next season, Britney would be expecting a nice raise. The problem is that the X Factor’s ratings are nowhere near what producers were hoping to see, on a weekly basis. The exec’s were hoping for between 15 and 20 million viewers per show and on one particularly dismal evening the X Factor only pulled in 5.7 million households.

The Fox production team is most definitely going to need to cut some costs if the show gets picked up for a third season and according to a source at Radar Online, Britney will be the first judge on the chopping block.

“The problem is, when Britney signed that contract she expected to make more if an extension for a third season was agreed. That won’t be the case now, and it is highly unlikely Britney will accept a pay decrease.”

I think producers kind of assumed that just having Britney on board would be enough to suck in viewers and obviously that’s simply not the case. She still has her loyal fans but she’s nowhere near to being that same person that everyone initially fell in love with. I know she had to grow up but after all the mental health issues have supposedly been taken care of, we’re left with a watered down version of Britney Spears- one that’s not worth 15 million dollars, that’s for sure! If she still was bubbly and just seemed “real” then I bet the ratings would have been better, just as Fox execs originally had hoped.

Should Britney be the first judge to make a quick exit?  While she has done a decent job, who do you think would be a better fit for that seat on the panel? Tell us your thoughts in the comments below!