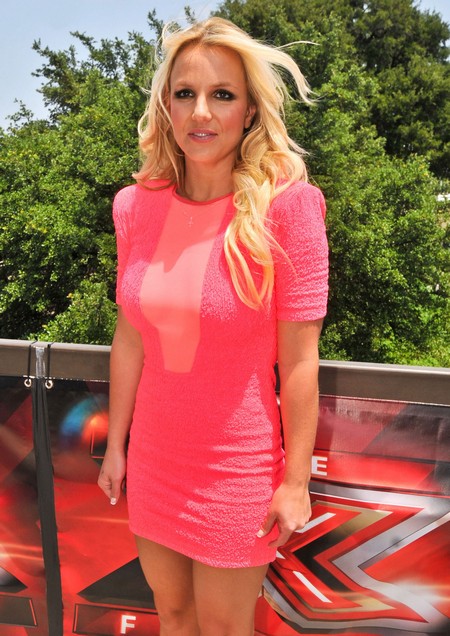 Uh-oh. It looks like Britney Spears just can’t handle the pressure of the regular TV grind. We told you things looked shaky from the start when a heavily medicated Britney was introduced as a new X Factor USA judge, by Simon Cowell, and now it is quickly all coming to a boil. According to Reality Weekly the poor star is cracking under the pressure of taping each and every show.

“Sometimes she’s not even paying attention to the performances and can’t even make an accurate comment, let alone judgment. She’ll struggle to answer even the simplest questions and end up making no sense,” adding, “It means a lot of retakes and lost time, which is starting to wear on everyone.”

The producers are really worried about how Britney would handle the live television episodes if she can’t even focus during the taped ones! “Every shoot day is a struggle for Britney. It’s starting to seem like she may be giving up.”

Has Britney ever truly seemed like she wanted this gig in the first place? I’m thinking no. It looks to me more like her “handlers” negotiated and she just does what they tell her to do. But if she really is having this hard of a time on set then walking away from X Factor just got a whole lot easier for her. I’ve always been under the impression that Britney rarely does things unless she wants to do them.

Does she have a shaky foot out the door already? Should they let her out of her contract and replace her with someone different? Tell us what you think in the comments below!