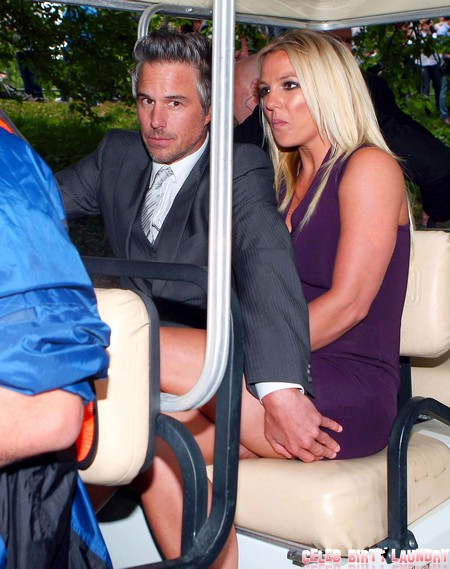 Britney Spears has been abused emotionally and manipulated throughout her court-ordered conservatorship. Don’t believe us? Ask Britney’s former nanny, and no we don’t mean her Svengali, Jason ‘the fiance‘ Trawick, we mean Lourdes Torres, who is going to testify as one of Sam Lufti’s witnesses in the lawsuit against the Spears family. A source close to the situation told RadarOnline, “Lulu is going to be called as a witness by Sam Lutfi’s lawyer to testify about what she witnessed when she was a nanny to Britney’s two children, in the months after the conservatorship was put in place in 2008. Lulu will testify that she believes Britney was being emotionally manipulated in the conservatorship and will blow the lid off of what was really going on with her. Lulu ended up quitting her job because she was so disturbed by what she saw was happening to Britney.”

Lufti, Britney’s former manager, is suing Britney and her parents, Lynne and Jamie Spears, for breach of contract, libel and defamation for alleged information and comments about him that were revealed in Lynne’s book about her life as the mother of Britney Spears. The trial will last for three weeks with Lufti, Lynne, Jamie and Jason Trawick scheduled to testify. The source revealed the reasons behind Torres testifying, “Lulu signed a non-disclosure agreement so she has never been able to go public with her concerns for Britney, however, the NDA doesn’t cover a court of law and Lulu is ready to testify. Lulu’s testimony could have significant impact on the jury because she spent a great deal of time with Britney and her parents after the conservatorship was put in place. Lulu isn’t after money, she just wants the truth to come out and it will be shocking.”

The melted-face Britney is terrified of testifying in the case, but the judge in charge of her conservatorship has ruled that she cannot be forced to testify. “Britney doesn’t want to see Sam Lutfi or be in the same room with him again, ever. Britney is terrified that she is going to be forced to testify in the trial even though the judge handling her conservatorship ruled she isn’t mentally competent to participate. Sam’s lawyer is still pushing the issue with the judge handling the lawsuit though and said during a hearing this morning that he hadn’t decided about whether or not he would call Spears as a witness. The Spears’ family lawyers raised fierce objections and have vowed to wage a legal fight if Sam pushes the issue. Britney is terrified of Sam and has very bad memories about the time he was involved in her life,” the source revealed to RadarOnline.

We can only hope that this trial will benefit Britney in the long run and that it won’t be hurting her career and personal life. She finally managed to get her life back with her gig on The X-Factor USA, a loving fiancé in Jason Trawick and a sense of normalcy to her heavily publicized existence. What do you think? Do you think Britney was emotionally manipulated? Let us know in the comments below.