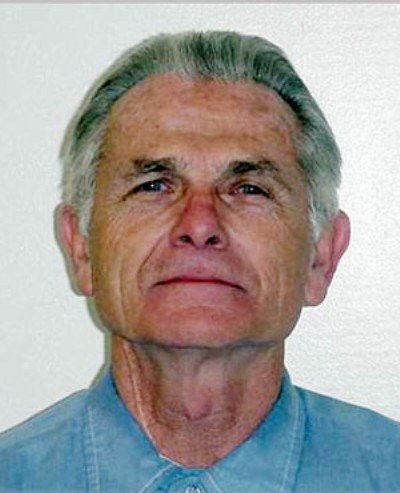 A member of Charles Manson’s infamous Helter Skelter crime family was awarded parole after spending the last 40 years in prison. Bruce Davis had been turned down for parole 27 times before for the two murders he committed on behalf of Manson. He is now 70 years old.

Interestingly enough, Davis was not convicted for the the Sharon Tate massacre that shocked the world and made Manson a household name. Instead he was caught after murdering actor and stuntman Donald “Shorty” Shea in 1969. Manson ordered the murder because he considered Shea “a snitch.” Davis was also involved in the murder of musician Gary Hinman, who was killed over money and property that Manson claimed Hinman owed the Family.

Davis has spent the last four decades cleaning himself up. He’s now a born again Christian and earned a master’s and doctorate degree in philosophy of religion. He was awarded parole in 2010 but it was overruled by then-Gov. Arnold Schwarzenegger.

Charles Manson is still in prison after just being denied parole in April. He’s eligible again in 15 years when he will be 92.

I can’t help but be of two minds when I read about stuff like this. On the one hand you think Davis is seventy. He’s done his time. It seems like he’s been a model inmate and everyone deserves a second chance. On the other hand, he did heinous things and I’m sure the families of the people he killed/ helped kill want him to rot in jail forever. But then you have to remember he was under the influence of Manson who is probably one of the scariest people ever. But then I remember everybody has free will and is in charge of their own decisions. You see, it’s hard!

Have you ever watched Roman Pulanski – Wanted and Desired? I can’t talk about Manson without bringing up Roman Pulanski for some reason. I caught it last year on HBO. It is so worth watching. I didn’t know much about him but it was beyond fascinating and creepy as all hell. You should check it out. It really delves into the Tate massacre if you’re interested.

What do you think of Bruce Davis’ Manson affiliation? Is it right he’s going free after all these years?