Bruce Jenner And Kris Jenner Divorce Only A Matter Of Time, Couple At War! 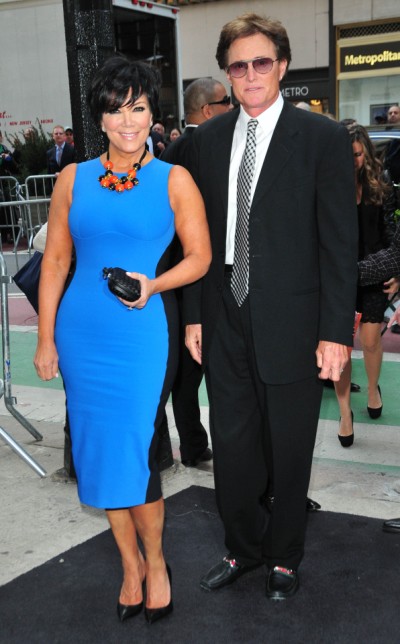 It seems Kris Jenner couldn’t laugh her way out of the split rumors that easily because a new wave is hitting the tabloids this week. The Bruce Jenner and Kris Jenner divorce is back on and it’s all stemming from their disagreements over how to raise their youngest kids, Kendall and Kylie.

Radar Online claims that while Kris is doing the rounds, comforting the world with tales of a happy family, Bruce and his two daughters are moving out. “Kylie and Kendall broke down crying to Bruce,” a source told Star magazine. Apparently they hate the fact that Kris is pushing them so much to be the next Kim, Kourtney and Khloe and just want to focus on being teenagers.

Now, wait just one second. In total moments of weakness I actually watch that show and I haven’t seen any evidence to back that Kendall and Kylie want to stop working and return to being full-time teenagers. If anything, they want the celebrity more than their mom and have been chomping at the bit the last five years for their time to come. They were the ones who pushed the homeschooling thing and are always on Kris to get them covers or more endorsement deals. I just can’t see them putting the breaks on their little ambitions now that they’re actually gaining steam. Kendall (I think it’s Kendall. I get confused by those two!) just landed the Miss Vogue Australia cover which, I’m sure, is the closest a Kardashian will ever get to being featured in any Vogue. There’s no way they want to give up this exposure.

But is Bruce leaving over something else? I’m not sure. As laid back as he seems, he’s had a hard time with the family’s rising popularity over the years. I could see him threatening to walk over it. But Kris knows her man and won’t let him leave. It would cost her too much. She’ll probably just throw him another toy helicopter. That should distract him for a little while longer!