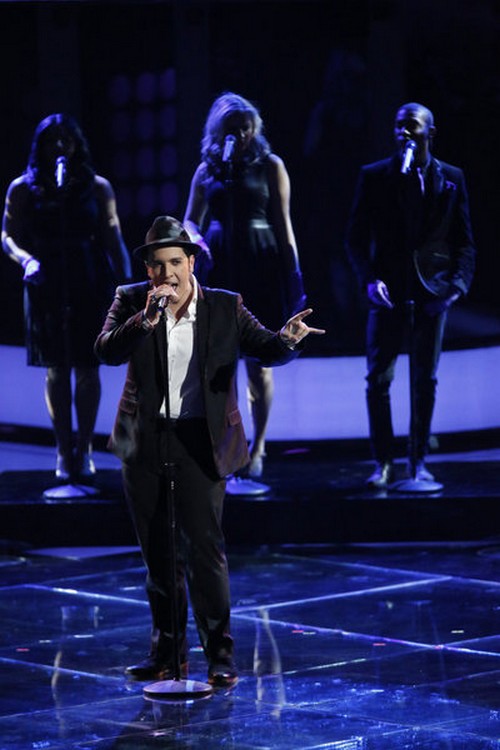 Bryan Keith took the stage tonight on THE VOICE for his Top 10 video performance.  Brian sang “New York State of Mind” by Billy Joel.  Tonight’s show the top 10 perform live in front of coaches Christina Aguilera, Adam Levine, CeeLo Green and Blake Shelton for America’s vote and a chance to move on to the elite eight.  Did you miss tonight’s episode?  If you did we watched it and we recapped it here for you.

Judges comments:  Team Adam’s Bryan Keith is performing Billy Joel’s New York State of Mind which is perfect for this New Yorker. He’s definitely selling it because the audience seems to really love his rendition of this classic. Blake thinks Bryan reminds him of Michael Buble. Christina thinks this song was the perfect choice because he really connects with the song and his audience. Cee Lo thinks he sings like a mans man. He loves the strength in his voice.

Love this song and Bryan definitely does it justice, but is it enough to keep him around another week? To vote for Bryan Keith: 1-855-VOICE-05