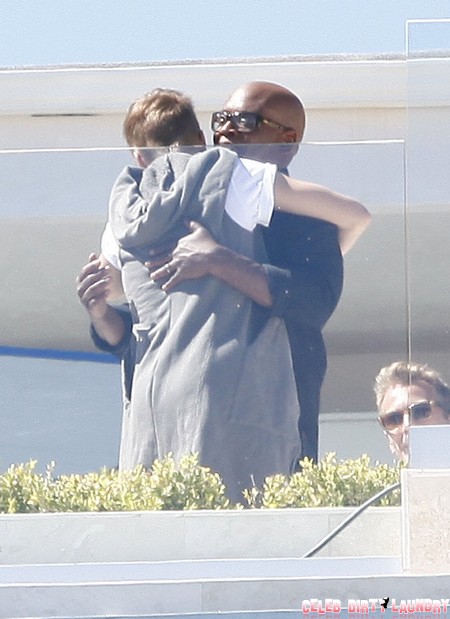 Justin Bieber and L.A. Reid will team up on The X-Factor USA.  Justin will be guest starring on the second season of The USA X-Factor, but he will most probably not be performing. No, the little lipstick- Uh, the little Bieber will be a guest mentor alongside L.A. Reid and will assist him in choosing contestants for the live rounds of the show.  Paparazzi reports have surfaced of the Bieber’s appearance on the show. The images  show Bieber on the rooftop of a building in Los Angeles which we doubt was Scientology recruitment. Bieber’s appearance coincides with the judges’ houses phase of the competition, where the potential superstars are led through the paces and eliminated quicker than an old guy on Survivor.

Reid is now chairman of Epic Records and left his famous Def Jam label last year to become one of the judges on US X-Factor. He is seen as one of the most influential music producers and talent scouts in history, right up there alongside Simon Cowell and God.

Bieber is not the only young mentor to appear on the show, as has been recently reported. Nick Jonas will be assisting Demi Lovato with her mentoring responsibilities. The surprising aspect about these young mentors is that Bieber will be mentoring the 25 and older category which Reid will be in control of. How funny would it be to see these contestants duke it out with one another at the homes of the judges while being mentored by an 18-year-old kid? Yes, Bieber might be one of the biggest stars on the planet, but experience is related to the time spent in the industry, not related to success. It is the equivalent of taking a 16-year-old kid to do your kidney operation, even though said kid is Doogie Howser.

The season is quickly shaping up to become one of the most talked about events in recent memory and the new season is touted to completely overshadow any previous X-Factor/American Idol seasons. It will not merely be another talent show, but will become the go-to word for every aspiring young musician. The stage is set and the platform has been created, so it is now up to Simon Cowell and his producers to offer the most fitting musician on the greatest television show on the planet.

Justin Bieber films takes for the hit show X-Factor in Los Angeles, California on August 27, 2012. Justin met with L.A. Reid and his team from the show for a segment piece.